Today I want to introduce you all to Dip Prasad Pun . He is a British Gurkha soldier. Here is some information I compiled from the internet. 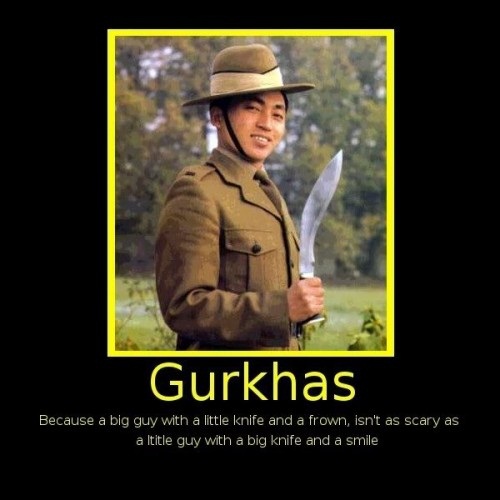 Dip Prasad Pun single-handedly defeated more than 30 Taliban fighters in Afghanistan earlier 2011. For his bravery, he has been awarded the Conspicuous Gallantry Cross (CGC) by the Queen. It is the second highest bravery award in the United Kingdom, after the Victoria Cross. 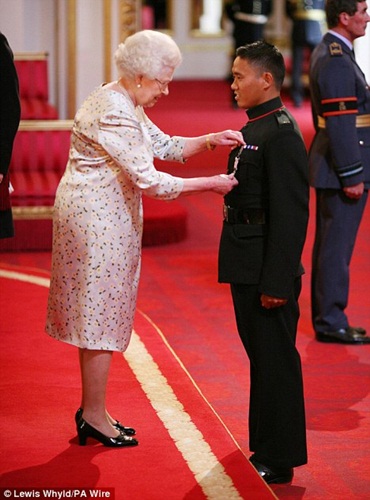 He was also awarded with Pride of Britain Award for an act of bravery during the War in Afghanistan on the night of September 17, 2010. 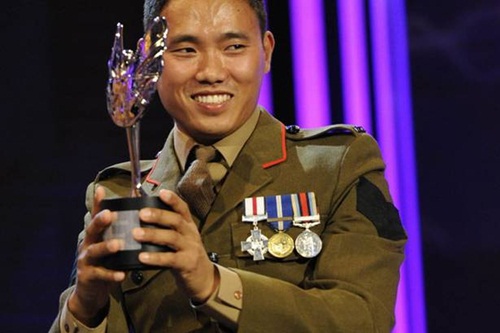 Cpl Pun, an acting sergeant during his Afghan deployment, was on sentry duty at the time of the attack when he heard a clinking noise outside the small base. At first he thought it might be a donkey or a cow, but when he went to investigate he found two insurgents digging a trench to lay an improvised explosive device (IED) at the checkpoint’s front gate. He realised that he was completely surrounded and that the Taliban were about to launch a well-planned attempt to overrun the compound. 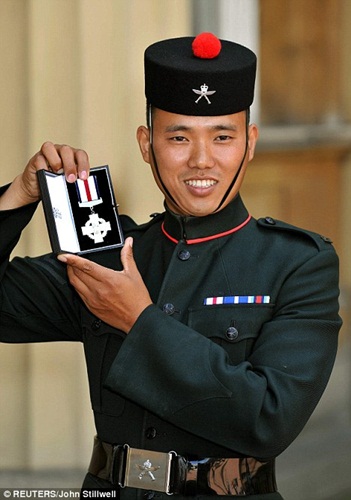 The enemy opened fire from all sides, destroying the sentry position where the soldier had been on duty minutes before. Defending the base from the roof, the Gurkha remained under continuous attack from rocket-propelled grenades and AK47s for more than a quarter of an hour. Most of the militants were about 50ft away from him, but at one point he turned around to see a ‘huge’ Taliban fighter looming over him. The soldier picked up his machine gun and fired a long burst at the man until he fell off the roof. 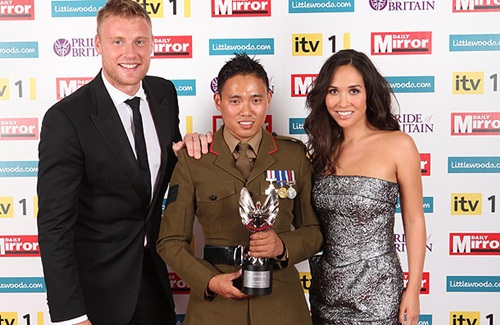 When another insurgent tried to climb up to his position, the Gurkha attempted to shoot him with his SA80 rifle. But it did not work, either because it had jammed or because the magazine was empty. He first grabbed a sandbag but it had not been tied up and the contents fell to the floor. Then he seized the metal tripod of his machine gun and threw it at the approaching Taliban militant, shouting in Nepali ‘Marchu talai’ (‘I will kill you’) and knocking him down.

Two insurgents were still attacking by the time the heroic Gurkha had used up all his ammunition, but he set off a Claymore mine to repel them. At this point his company commander, Major Shaun Chandler, arrived at the checkpoint, slapped him on the back and asked if he was OK.

Upon receiving the award, Corporal Pun said that he had no choice but to fight; the reason being that the Taliban had surrounded his checkpoint, and that he was alone.  “At that time I wasn’t worried, there wasn’t any choice but to fight. The Taliban were all around the checkpoint, I was alone. I had so many of them around me that I thought I was definitely going to die so I thought I’d kill as many of them as I could before they killed me. That incident happened in the middle of my tour and after that I thought nobody can kill us now – when we met the enemy I wasn’t scared.”

During the engagement, Pun saved the lives of three of his comrades and prevented his post from being overrun. His actions are cited as “the bravest seen in his battalion during two hard tours”.

Pun originally hails from Bima in western Nepal, and lives with his wife Shobha in Ashford. His grandfather and father both served with the Gurkhas.

One response to “Dip Prasad Pun”