Finding money – What a nice surprise!! 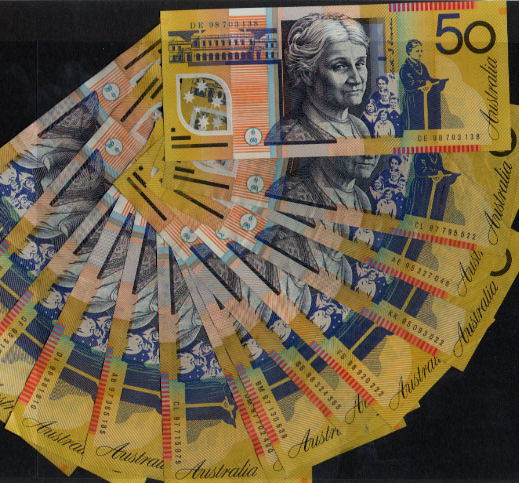 Anyway it turns out that, he found this money in his suit jacket. So yes basically it is our money.

Remember a year ago, Chhori had her pasni celebration. Click here if you want to know more. Anyway, during that time, we took money out to pay the venue and, he forgot the remaining money in his suit jacket. He didn’t even know that it was there and I had no clue either.

Please share your own experience where you have found money that hasn’t been budgeted for, accounted for, remembered, promised, or owed, anything at all, since you lost it.

Hope everyone had a great weekend.

After a few days in Hamilton, we drove to Auckland. We had a great time in Hamilton and all of us were looking forward to the rest of the holidays.

I really enjoyed this holiday as I got to spend lots of time with my parents without needing to worry about work or cooking or chores. We were all relaxed and happy to explore places and enjoy each other’s company.

The driver form Hamilton to Auckland was beautiful with the sun out and greenery everywhere. Seriously, no matter how many times we visit New Zealand, every time it manages to take our breath away and we always return wanting to go back again.

We reached our hotel in the afternoon and checked in. We had got a hotel near the city centre so we were walking distance to many attractions.

In Auckland we went to

While in Auckland, we discovered this amazing Indian eatery called Little India by accident. They have a few branches around Auckland and I highly recommend the restaurant. I have eaten in so many Indian places but this was just the best so far. Loved every food we tried there. We ate there every night as my mother loved the food. We tried different dishes and love all of them. The especially loved the chole bhature and chicken curry.

I know breastfeeding is good for the baby and it is recommended to breastfeed as long as possible up to age 2. Chhori is 18 months now and we have decided to wean her off breastfeeding.

As I have written in my previous post, we had wean her off night feed for a while now and I am so grateful to have a husband who helped me to do that. I am sure I couldn’t have handled it by myself. I felt like a zombie some days when I used to feed her at night and have a full time job.

But I thought she was old enough to have cow milk now so I decided to wean her off breastfeeding altogether. I knew it was not going to be an easy task but me and AS made the decision that it was a good time to do it.

Lately, I have realised that Chhori wanted to be breastfed when she is bored, not when she is hungry. She is doing well with solid food so it was our motivation to go ahead with the weaning.

In order to discourage her from asking for milk frequently, I made a paste out of turmeric powder and lemon and rubbed it around the nipples.

I told her my boobs hurt and showed her the yellow nipples. She didn’t believe me at first so she tried to drink the milk as usual. But it was not the same because of the paste so she immediately stopped. Every time, she asked for milk, I showed her my turmeric lemon rubbed boos and emphasised that it hurts. The first few days she kept on trying to drink once in a while as she forgot the taste but I kept on adding the paste so she would understand that the milk doesn’t taste the same anymore.

I guess it is easier to wean when kids are under 1 but when they are a toddler, they remember them more so it is harder to wean them.

Anyway I had to do it for 5 days in a row before I stopped applying the paste and then, I didn’t need to show her but just tell her that it hurts. By day 7, she didn’t even ask for it anymore.

Today is day 16 and she doesn’t mentioned it at all. So finally she is off the boob.

We did have one night when she cried a lot – almost 2 hours on and off and nothing we did would make her stop but apart from that things are looking OK. She still wakes up some nights but she is not asking for milk, which is great. Sometimes it is hard for her to go back to sleep but I am sure things will get better as time passes.

I think more than her, I had trouble the first few days because when she want to be fed and she cried or made sorry faces, I feel so guilty. Sometimes, I felt as if I shouldn’t wean her now but me and AS had made the decision and I had to stick with it. Also I know for sure, the longer it goes on, the harder it will get for both of us. Now I can play with her for a long time without her getting distracted by wanting to breastfeed. I really love our new relationship. 🙂

Tell me your weaning story. Is there anything I could do to make her feel better?

Chhori is 18 months old now, a big girl compared to a year ago. Time is just flying by.

It is so true when they say children are like sponge as they absorb everything and it is no different with Chhori.

Recently, she has learned to indicate Yes and No by nodding. I think she is learning all this from the rhymes but she looks absolutely gorgeous when she does them. Also, just yesterday she was putting her both hands on her mouth while laughing. She always manages to amaze me with new stuff every day.

AS had been a great dad and constantly teaches her new stuff and I love watching their interaction. She is definitely becoming demanding now but AS always manages to handle her by teaching that you give in somewhere to get something.

I am so happy that he is so patient with our daughter as I don’t have lots of patience :). I love her to death but sometime she seems to know how to drive me mad.

On the other hand, she has wrapped her grandparents around her ting fingers. She always gets my mum and dad to give her a massage especially her legs. And it has to be both the legs at the same time, one by grandma and one by grandad.

My mum scolds her sometimes when she misbehaves, and threatens to spank her. Now she actually comes to me complaining when I come home and though she can’t say it but shows me a spanking action to complain.

She will miss them a lot when they leave next year.

Her eating habit is changing slowly and we are giving her mostly the same food that we eat. She had 5 chicken steamed momos yesterday proving she is definitely Nepalese.

She loves to eat everything on her own too. Sometimes it is a problem because with rice it can get very messy but we are teaching her how to use a spoon.

Last week it was her 18 months immunisation and again this time also she didn’t cry at all. I held her the whole time while the GP gave her the shot, but not a sound was made. She was just curious like last time and watched the needle go into her arms. There was a little blood this time but it didn’t make any difference. I am so happy she didn’t cry.

Posted in Our daughter, Personal

From 1st September, spring has come to Sydney and I am a very happy person. I am sure you have read numerous posts about how I hate winter and am looking forward to spring, so you can imagine my happiness.

The weather is warm now so I don’t have to put layers upon layer. Springtime means it is time to say goodbye to those jeans, heavy sweaters and jackets and bring out my dresses , swimwear and shorts  🙂

The outdoor is more attractive now as well. I can enjoy the nice flowers in the park when I go for a run or a walk.

But the best reason for me is that when I go home after work, the sun is still out so I get to take Chhori out to the park or for walk and she absolutely loves it. She loves her new tricycle as well as playing on a swing or the slides at the park and I love to spend more time with her and I love our bonding time  🙂

I constantly have a smile on my face taking in the onset of spring. I wish every day is like spring so everyone can stay happy always.