Manakamana is the temple of Goddess Durga (Hindu Goddess), situated in Gorkha District of Nepal. Manakamana means the “Wishes from the heart”. It is believed that Goddess Manakaman fulfils the wishes of the ones who worship her with a pure heart.

The Manakamana temple lies 12 Km south of the town of Gorkha. The temple is located on a distinguished ridge 1302 meters above sea level and overlooks the river valleys of Trisuli in the south and Marsyangdi in the west. The spectacular views of the Manaslu- Himachali and Annapurna ranges can be seen to the north of the temple. The temple is approximately a 104 Km drive from Kathmandu. 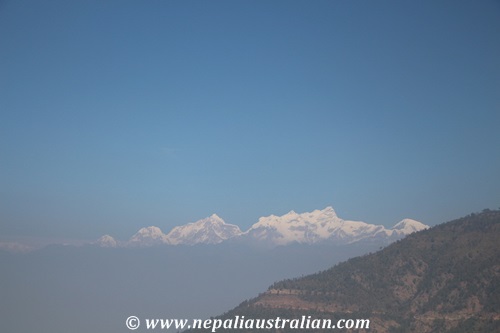 Once we parked the car, we bought the cable car ticket and joined the queue. The queue was not too long so we got our turn in a cable car quite quickly. We had the car to ourselves.

Manakamana Cable Car has 31 passenger Gondolas and 3 freight carriers. The time of travel from the station below at Kurintar to the top station situated at Manakamana is only 10 minutes. The Cable Car can hold 6 adults or 480 Kg and has doors that close and open automatically and the system is one of the most modern and is totally computerized. 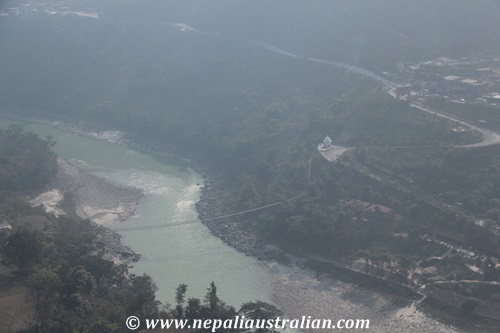 Once we got off the cable car, we have to walk for a while before we reached the temple. On the way there various vendors were trying to sell their products to us. They used the same dialogue “It is the best.” Or “It is the cheapest you can find”.  My MIL bought Puja stuffs from one of the vendors and we went to the temple.

Manakamana is a Hindu Goddess so she is worshiped with offerings of flower, sound, scent, dress, make-ups and colours. There is a tradition of sacrificing animals at the temple. Devotees stand in line for even 5-10 hours during festivals. The line starts from the temple gate is longer than a few kilometres sometimes, especially during festivals. People can be seen standing in line with pooja samagri (worship materials) in hand and some of them carrying duck, cock or goat with them. People seem to enjoy standing in the line without food, some even with no water. 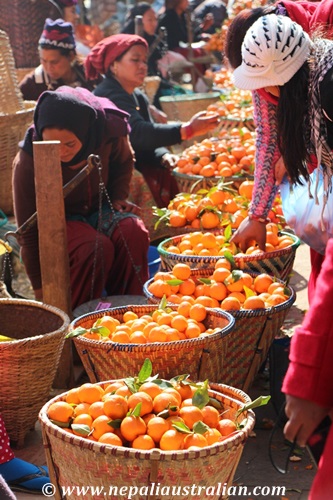 The legend of Manakamana Goddess dates back to the reign of the Gorkha king Ram Shah during the 17th century. It is said that his queen possessed divine powers, which only her devotee Lakhan Thapa knew about. One day, the king witnessed his queen in Goddess incarnation, and Lakhan Thapa in the form of a lion. Upon mentioning the revelation to his queen, a mysterious death befell the king. As per the custom of that time, the queen committed sati (ritual immolation) on her husband’s funeral pyre. Before, her sati the queen had assured Lakhan Thapa that she would reappear in the near future. Six months later, a farmer while ploughing his fields cleaved a stone. From the stone he saw a stream of blood and milk flow. When Lakhan heard an account of this event, he immediately started performing Hindu tantric rituals at the site where the stone had been discovered thus ceasing the flow of blood and milk. The site became the foundation of the present shrine. According to tradition, the priest at the temple must be a descendent of Lakhan Thapa 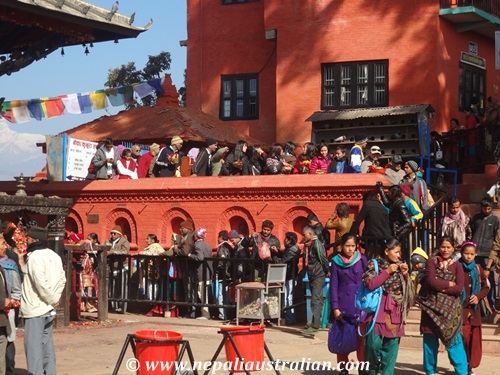 The day we were there, there was not a long queue but it may still have taken us an hour to reach the front door of the temple. 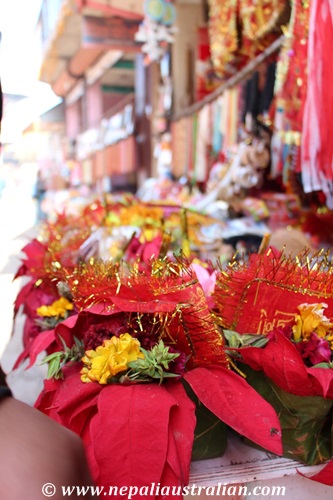 As we were on our way to Pokhara and short of time, we decided  not to stand in line and just prayed from the outside. My MIL did some puja and lit some diyo too.

As the cable car was going to shut down for lunch we didn’t want to get stuck at the top for an hour so we decided to go back down and have our lunch in the restaurant there.

The ride down was equally spectacular and I really enjoyed it. Down by the river, in the restaurant we had typical Nepali lunch with dal (lentil), bhat (rice), tarkari (vegies), achar (pickle) and masu (meat). It was really yummy.

After lunch we made our way to Pokhara.