Say cheese with a stranger

Imagine, you are outside somewhere minding your own business and out the blue a stranger comes and says “Do you mind if I take a photo with you?”

I have experienced this a number times and I didn’t know what to do so I agreed.

The first time was when I was visiting Delhi with my parents.

We were visiting the famous Fatehpur Sikri in Agra in India and we were minding our own business when this group of boys came and asked if I would mind taking photos with them. For a second I was confused but then I agreed. It happened again on the same trip when we were in Jaipur admiring the amazing architecture when a young couple wanted to take a photo with me. Of course, I smiled for the photos.

Both my parents and I were confused when it occurred twice in a few days. However, I forgot all about it completely until a few years later when we went to Tiger Hill in Darjeeling. It was a cold winter morning and everyone was trying to get the best spot to see the sunrise. There were hundreds of people there including my parents and I. A group of boys asked if I wanted to be in a photo with them. As it was so busy, I was slightly confused in the beginning but I agreed later on.

Just to be clear I was wearing normal cloths while these incidents occurred and I was not in a superwomen custom or a chicken suit. 🙂 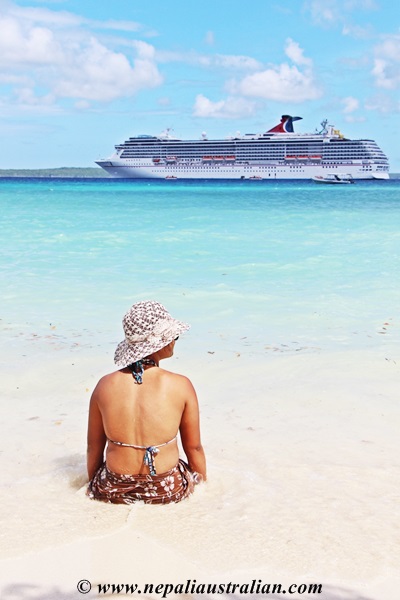 I am writing it about it now after so many years because similar situation occurred in Kathmandu this time. I was in the mall with one of my friends. We were busying browsing the shops when two young gals came to us and asked if they could take a photo with us. They looked sweet and all so we agreed. I was just curious why they asked so once we were done, I asked them. They looked at each other for a second and then one of them told us that she just loved the way I looked and the things I was wearing; the other one added, you look so nice. That really made me smile for sure. I know it sounds so vain but it feels great to be complimented even by a stranger.

But to this day I still wonder why the people in India decided to take a pic with me.

When I talked to AS about it, he made fun of me but I am allowed to be curious so if anyone thinks they know the answer, I am all ears 🙂

Just a thought bouncing around in my head today. Hope all of you are having a great day. Take care.

This entry was posted in General and tagged India, photo, photo with stranger, smile for camera. Bookmark the permalink.

13 responses to “Say cheese with a stranger”