We spent the last few days of our holiday in Auckland. It was autumn but Auckland was still wet. We stayed in the middle of the city and our hotel was nice and close to restaurants and shops.

Cornwall Park and One Tree Hill

After looking up what to do in Auckland, we made our first stop at One Tree Hill. One Tree Hill, also known as Maungakiekie, is a 182 metre volcanic peak. The summit provides views across the Auckland area, and allows visitors to see both of Auckland’s harbours. 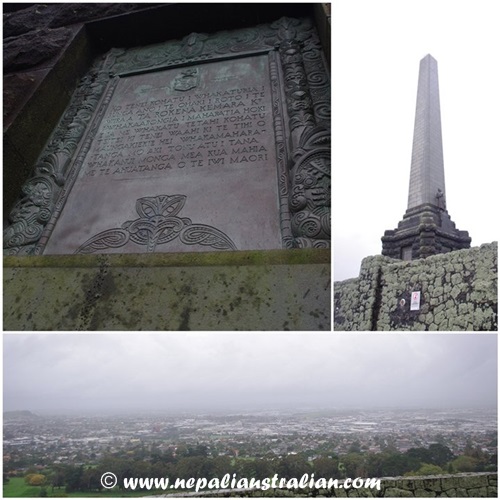 It was a short drive from our hotel. It was still drizzling when we parked our car but both AS and I were both in the mood to enjoy the day no matter what. We had brought umbrellas the day before so we were well equipped for the day J.

Steeped in Maori history, this dormant volcanic hill set in the beautiful Cornwall Park was the perfect outer city escape. The volcanic cone was the centre point of the Maori occupation during the 18th century, and the obelisk acknowledges its importance as a sacred and special place as it is also the final resting place and grave of Sir John Logan Campbell.

We made it to the top of One Tree Hill and joined a few others who were taking photos. After a walk to the summit and when all of the necessary photographic shots had been taken, we decided to simply sit for a few moments.

One of the days we decided to go and visit the Auckland sky tower as it was on the top ten places to visit on trip advisor.

The Sky Tower Observatory perches at the top, like a doughnut, resting at the top of a giant stick. 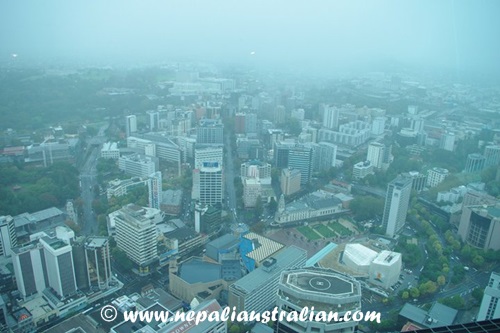 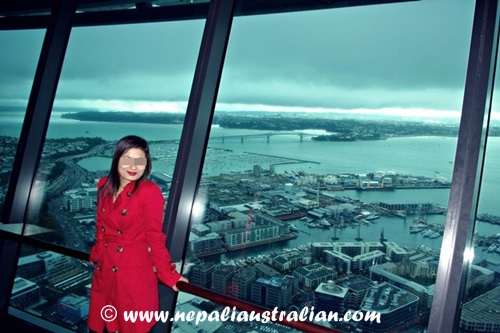 The doughnut-like shape allows you a 360 degree panoramic view of Auckland and its surroundings. The views are amazing from the viewing platform. There are some glass floor parts and it was just great to stand on it and see the ground far, far feet below.

From the top, we saw people doing Sky Jump and were eager to do it as well but we had not booked it in advance. By the look of people doing it, I think it would be a great adventure.

One evening went and explored the wharf around Auckland. It was beautiful with many nice restaurants and cafés but it was windy so we didn’t stay long.

We were out and about in city a few times. We went shopping and eating at different places and enjoyed our walk. I love the place, which was so multicultural, and reminded me of Sydney a lot. We saw a few churches and bought a few souvenirs.

From Auckland, we drove to our car hire company and then to the airport. Our exciting holiday came to an end and we left New Zealand with heaps of memories. 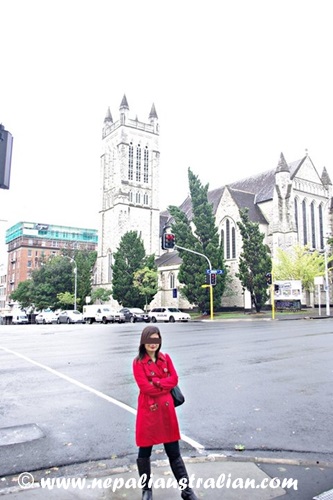