How much time should you spend in the shower? 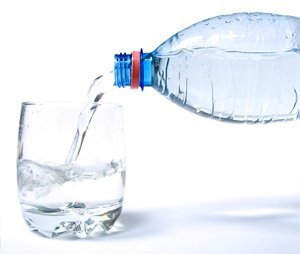 Coming from a country like Nepal, I do appreciate getting an abundance of clean drinking water and hot water for a shower.

Even in the urban areas in Nepal not all people have availability of constant running water in their homes. The Nepal Water Supply Corporation supplies drinking water to the homes in urban areas but even there people are lucky if they can get drinking water a couple of times or so in a week. They still need to store this water as it has to last them until the next time the water is released in their area. In some areas where piped water is not available, due to technical reasons or unavailability of water, the water is distributed by water tankers, so there the people have to collect the water from the taps on tankers and use that water for the rest of the week. In summer months it is normal not to get water for many days as the dam level is low and the supply of water to even urban areas is severely disrupted.

I was lucky that the house I grew up in Nepal had a well in front of it which made sure that we always had enough clean water to drink, shower and wash cloths with. When my parents moved away from joint family into their own house, we had a well built in our yard and a big tank installed to collect water in, so we always had plenty of water.

But I have seen lots of people in Nepal struggling due to the unavailability of water. Most people these days buy water at least once a month, this includes my in-laws as well. So they use water with great care.

In Australia, it is really difficult for people to believe that so many people don’t have access to clean drinking water and use water from ground wells or ponds to bathe and wash cloth. This made me curious to know how much time we normally spend having a shower.

I myself am guilty of taking hot showers in the winter and spending more than 5 minutes under the shower with a constant flow of water running over me as it helps me relax. I know that I am wasting water but I am trying hard to mend that habit.  Normally I shower every day in summer and every other day in winter. These showers are not too long, may be 5-10 minutes max. But on weekends when I take a shower, I take my time and enjoy the hot water so these can go up to 30 minutes max. I am also guilty of filling a bathtub with hot water and relaxing in it. I can’t imagine how much water I am wasting by showering/bathing so long but I really feel good after these long showers.

I find that most men don’t take long showers, most likely because they have short hair :-D. This is my observation from watching how long my dad, brother and now my husband takes in the shower. But I know people who spend more than one hour every time they take a shower. I had a flatmate once, who used to spend at least 2 hours in the shower every time. It used to get really annoying when one of us had to use the toilet. Even when we talked to her about it; she used to say that it is her habit and she couldn’t change it.

When I talk to my friends and colleagues about their shower habits, most of them seem to think 30 minutes for a shower is a reasonable time. But I am sure if I talk to anyone from Nepal or a country where there is not enough clean water available even to drink; they will have a different opinion.

Since I got married, my husband reminds me, constantly, to save water and I am making an effort to do so as much as possible. He hates it when I have the tap running while brushing and reminds me that there are people for whom the water that I waste would last months.

So what is going on in the shower? How long do YOU shower?