Anyone who knows much about European history knows about the important influence of the Hapsburg family. The aesthetic preferences of that family are displayed in the Schönbrunn palace and gardens that make up this amazing castle in the heart of modern Vienna.

As soon as we were dropped off in front of the palace, I was in awe at its grand presence. The entrance has a long path that leads to the palace. On one side of the path, there is a fountain while the other side, servant quarters.

We were there with a local guide who was really informative and gave us lots of history behind the palace.

Despite its apparent unity of style, the complex incorporates various structural changes resulting from its long history. After World War I the palace became a museum; it was restored after damage in World War II. 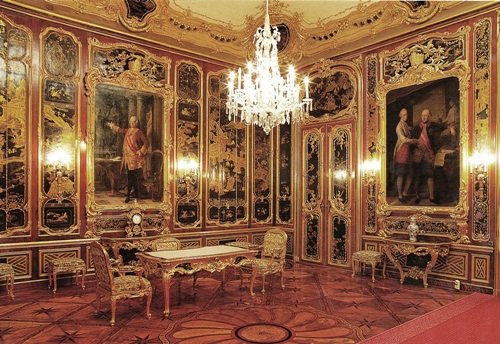 Remodelling and modernization began in 1743, when the young Empress Maria-Theresa ordered that the building, one of her favourite residences, should be repaired and enlarged to accommodate the imperial household in comfort.

Maria Theresa (1717-1780), archduchess of Austria, Holy Roman Empress, and queen of Hungary and Bohemia, began her rule in 1740. She was the only woman ruler in the 650 year history of the Habsburg dynasty. She was also one of the most successful Habsburg rulers, male or female, while bearing sixteen children between 1738 and 1756.

Maria Theresa was married to Francis I, Duke of Lorraine. Maria Theresa was one of the few people in her age who married for love. She loved her husband dearly and passionately. She had 16 children by him, with 11 daughters (ten of whom had the first name “Maria”) and five sons.

Her youngest daughter was Maria Antonia, better known under her French name Marie Antoinette, who would be promised in marriage to the later King Louis XVI of France. Marie Louise who became Napoleon’s second wife, bearing him a son, was a great granddaughter of Empress Maria Theresa through her father, and thus a great niece of Marie Antoinette.

There are 1441 rooms in the palace but in the tour we were allowed in around 40 rooms. Every room have its history and is different that second room. There are so many photos of the children and family hanging everywhere. We went to a hall where Mozart himself at 6 years old played a concert in, then a bedroom Napoleon Bonaparte slept in, and lastly a ballroom where JKF conducted foreign relations. The décor of each room was fabulous. 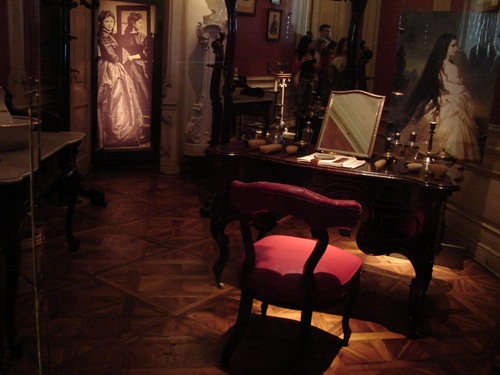 Maria Theresa was a fashionista so there are lots of beautiful gowns on display as well as her long hair preserved.

Unfortunately we cannot take photos inside but this is what I can find online. 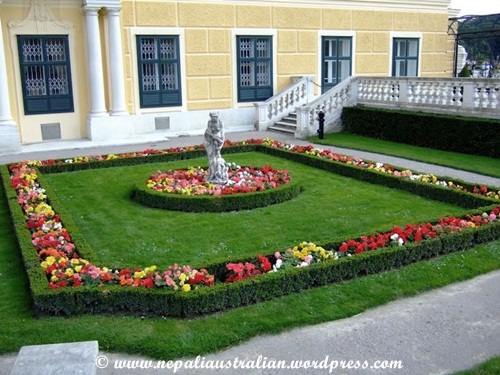 From the palace we went exploring the garden which was filled with original huts, orchard and pasture. The palace and gardens illustrate the tastes, interests, and aspirations of successive Habsburg monarchs. The grounds were beautiful, and the mazes and labyrinths are lots of fun. The garden is huge with alleys with trees whose branches and crowns which are cut in line by extraordinarily talented gardeners. The pruning and shaping must take an enormous amount of work. 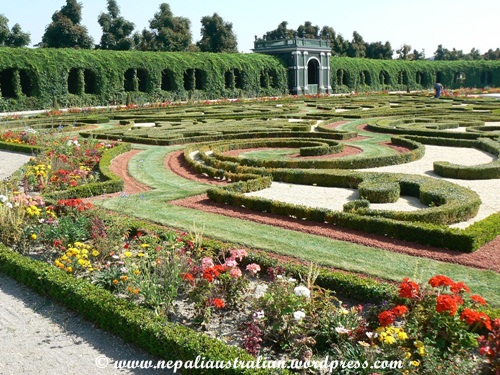 There are lots of sculptures in the Schönbrunn Garden which were mostly created between 1773 and 1780 under the direction of Johann Wilhelm Beyer, employing many sculptors. You need several hours to stroll, or you can take a buggy ride but as we have limited time in the palace we couldn’t go around everywhere.

There are few fountains in the garden. The fountains are lovely, but it’s quite a walk to get all the way round the gardens. 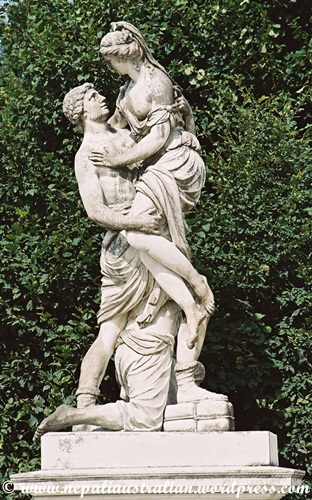 It was nice to visit the palace and see how rich and famous once lived.