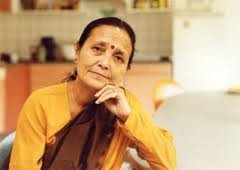 There are lots of Charities out there but Maiti Nepal is very close to my heart. I really believe in their cause and I salute Anuradha Koirla for starting an organisation that is helping Nepal stop human trafficking.

Maiti Nepal was established in 1993 and is working hard to prevent trafficking of women for forced prostitution, and rescuing flesh trade victims and rehabilitating them. They also help women who are exploited and neglected by family and society.

Maiti Nepal’s objectives and target group from their website:

“Maiti’s focus has always been on prevention of girl trafficking, a burning issue for Nepal. Rescuing girls forced into prostitution and helping to find economic alternatives have been our key struggle. Rehabilitation, although not literally possible especially with former prostitutes, is one major challenge we have accepted in our work. The practical steps would be to counsel them and provide non-formal education on health, laws, basic reading and writing. They are also trained to develop income-generation skills and provided Maiti’s shelter until they are ready to stand on their feet. The sexually abused girls, abandoned children, potential victims of trafficking, destitute women, prisoner’s children, returnees from Indian brothels, girls and children infected with HIV and Hepatitis B, intercepted girls are the major target groups or say, beneficiaries of our programs. “ 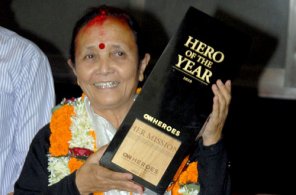 Anuradha Koirala is the founder of Maiti Nepal. She has been recognised by different organisations across the globe for her incredible work for the society. She has won UNIFEM Prize 2007,  Queen Sofia Silver Medal Award 2007,  The Peace Abbey, Courage of Conscience  2006 to name a few.

In 2010, she became the first Nepali to win CNN Hero of the year 2010 award and recently she was honoured by Manhe Peace Prize 2011.

While interviewed by CNN, Koirala said 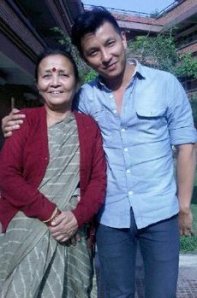 “We try to give them whatever work they want to do, whatever training they want to do, because when you’re economically empowered, people forget everything. People even forget [she is] HIV-positive or was trafficked.

Our girls are border guards who have been trafficked themselves. They easily recognize a girl that is being trafficked or will be trafficked,” Koirala said. “The girls need no motivation from me. They know the horrors of the brothel, and they are here to save their sisters. “ 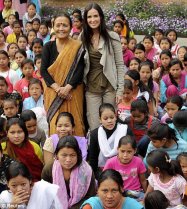