It always feels great when we discover something authentically Nepali in Sydney. Sometimes in life, even a small thing can make you happy and that is what I felt when we discovered that there is a Nepali restaurant which serves Nepali style breakfast.

I think everyone has fond memories from their childhood and one of mine is yummy food for breakfast when in Nepal, like gwaramari, puri, malpuwa, jeri, swari and other delicacies. It is not every day that we eat these foods but usually on weekends I would wait for my dad to come home with some for us.

Last week, one of our friends mentioned that, a Nepali restaurant is serving Nepali style breakfast on the weekends. I couldn’t wait to go and taste them so we went there on Sunday along with my parents and some friends.

We heard that the place gets busy very early and the last time our friends were there they had to wait a while for a table so we went early and I was happy to see most of the tables empty. It was an all-you-can-eat buffet style breakfast.

They served puri, jeri, potatoes curry, brown chick peas, kheer (rice pudding) and tea.  I took a bit of everything and I really enjoyed the breakfast. AS, my parents and friends were very happy with the breakfast as well. Chhori ate some rice pudding and some puri too. These days she really enjoys our food so we try to feed her a little of everything. 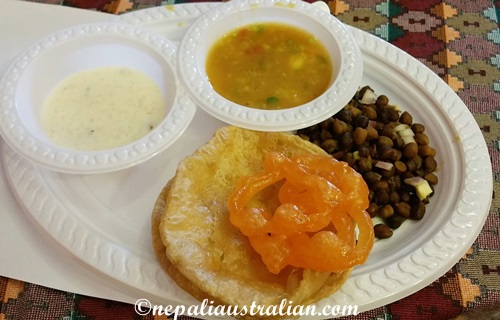 The owner was very accommodating as well giving us jeri without sugar syrup fresh off the stove and sugarless tea as my dad is diabetic.

I am sure if I eat this regularly, you won’t be able to recognise me as I can’t control the amount I eat but it is a great place to go occasionally. We already plan to go there in a few months’ time. 🙂

What is your special breakfast? Have you tried any Nepali treats?

Happy Monday everyone and Take care,

P.S: Do not forget to nominate your favourite blog. NEPALIAUSTRALIAN’s Blog Award 2015

Dakshinkali Temple is located 22 kilometres outside Kathmandu and the last time when I was in Nepal, I went there with my parents.

Dakshinkali Temple is one of the most famous and popular Hindu shrines dedicated to Goddess Kali, “The Black One”. Scowling and emaciated, with protruding tongue and red eyes, decked with a necklace of skulls, Kali is just another form of the great goddess Durga. Kali is believed to be extremely powerful and accomplished. In Hindus holy Vedas and Purans, it is written that she has a blue body with three eyes, each eye is made up of the Sun, the Moon and fire respectively.

The drive from our place to the temple was very scenic once we crossed the ring road area. The roads were windy but I loved the view of old houses and wide green fields.

Legend has it that Daksinkali came into existence after goddess Kali herself appeared in the dream of a Malla king, the ruler of 14th century Nepal. Goddess Kali then commanded the king to build a temple dedicated to her in a very unknown and strange place. As the command was about to be followed, a person said that he already had a stone image of the goddess kali in the same place where the goddess  commanded the king to build the temple. The idol was then left open to the elements as she had commanded and over her head a gilded canopy was erected with four golden serpents. Also images of lord Ganesh, seven Asthamatrikas and a stone Bhairav were erected near her image.

Dakshinkali temple is of great importance among those who need her blessing and also among the blessed ones. There is a strong belief in the ability of the goddess to make wishes come true.

To satisfy the blood-lust of the goddess, pilgrims take a menagerie of chickens, ducks, goats, sheep, pigs and even the occasional buffalo up the path to the temple to be beheaded and transformed into cuts of meat by the temple priests, who are also skilled butchers.

We went there on the weekdays so it was not busy. It took us 10 minutes for our puja and from there we went to another temple on the top of the hill which is called the Mata temple.

After puja, we went to one of the local restaurants and had tea and freshly prepared sel, jeri, and malpuwa. Just writing about it, I am salivating as it was really good. 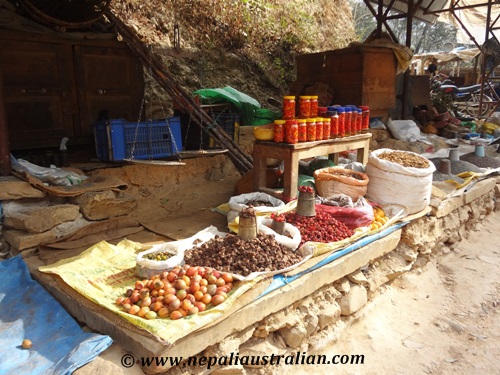 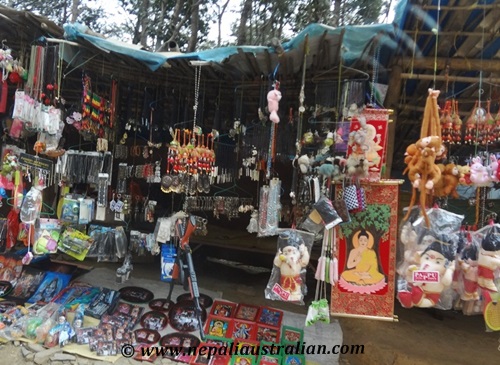 After that my mum did a quick shopping at the local market there as they were selling gundruk, kafal and other items. 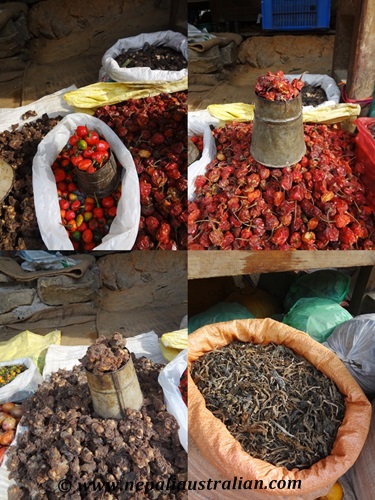 On the way back home, we also stopped at the Sheka Narayan. 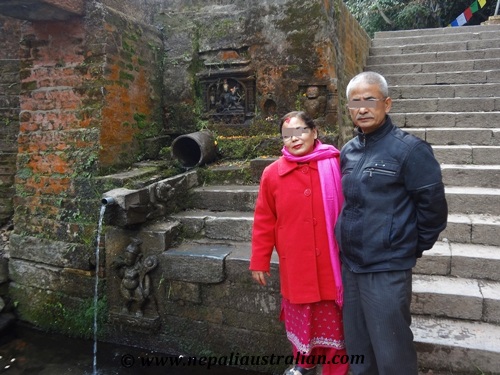 There is temple on the top and a pond filled with crystal clear water. The pond has different types of fishes swimming around. There was a guy selling a bag of bread to feed the fish. It was a really nice and quiet place compared to Dakshinkali Temple. 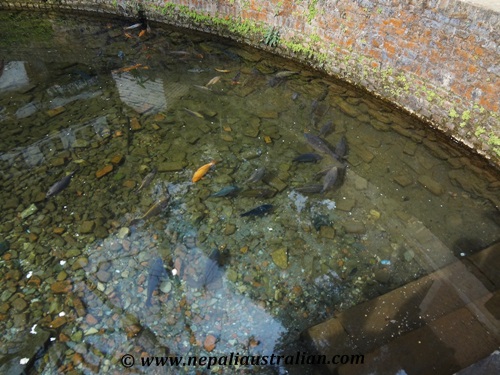 Every time I visit places like this, I feel really happy to see all the old Nepali architecture and idols of god which has been preserved from ages past. If you are in Kathmandu, it is a nice place to go for a day trip.