Guest blog : Okinawa & Me, A Four Year Love Affair. Well, For Me, At Any Rate

Thank you t for writing this wonderful post for my blog. You can follow him on As long as I’m singing and I am sure you will fall in love with his writing  full of witty sense of humour.

Now, it could be said that last bit just now was almost entirely a fabrication of the facts. Especially when considering, that as a native upstate New Yorker I found myself traveling “overseas” in my youth quite often, in the form of quick “are we almost there yet?” jaunts into Canada with my folks. In my mind however, those trips never really counted as “international experiences” of any sort, seeing as – and yeah I’m just gonna say it – Canada really is sort of “America, Junior” after all. You know, the cooler, mellower, easier-going version of America. America with a sense of humor, if you will.

But even that’s not the point to all this. No, no, no. We’ve haven’t gotten there yet. The point to all this, in fact, will start right about here. When I first received my orders to go to Okinawa (what? You didn’t think I would just wake up one day and decide to jump halfway across the globe all on my own, now did you?), I was very upset.

Upset, partially because I had finally been able to build a life all my own while stationed in North Carolina. One filled with good friends – Tribe – tribe that I had no desire to leave, regardless of the Commandant’s seemingly thinking otherwise. I was also upset because of what I thought I knew about the place that I was being forcibly sent to, which as it turns out, was nothing much at all. 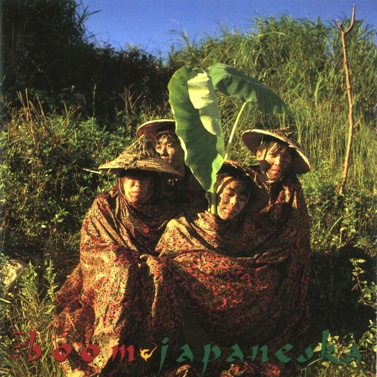 You see, while I could blame my travel-paranoid mother for this, it was more likely than not, my own ignorance that had me thinking that I was going off to spend a year sitting in a hot sticky rice patty, with little to do and even less to drink. The Okinawa that I eventually landed in – with lights, mad discos, madder scooter pilots and all sorts of crazy subculture scenes – never once came to mind when I thought of what it might be like. I was expecting to be thrown back several hundred years into the past, but found myself propelled forward into an acid jazz “slightly-alternative-universe” future instead. One where insanely cute cartoon characters sold bread sticks dipped in strawberry chocolate, and the beer vending machines to be found on almost every corner, never once thought to card you. While the first year there I did so begrudgingly, the second year was lived with abandon (a second year that only ever happened because Poppa Bush was worried about our oil supply being cut off, but that’s a wholly other story altogether). In fact, the second year went so well, I even came back for years three and four all by my lonesome, dressed in civilian garb (what? You didn’t think I’d stay in the Marine Corps forever, now did you?)

In the final analysis, the land I was so dreading going to in the first place, almost never got rid of me. I eventually did come back to the states though. First to see my brother get married, and then to follow suit myself. But only as a result of meeting at their wedding the most beautiful and truest person I have ever known to date, the sister to my brother’s bride. Again, another story for another time – one that I won’t bore you with here.

It’s been over 16 years since I returned, and Okinawa is long gone from me now. But not really. No, the occasional Japanese phrase still finds itself bouncing around in my head for no apparent reason, and I still have a couple of CD’s from The Blue Hearts as well. The memories, while slightly faded of course, are still strong – just ask anyone who’s been unfortunate enough to be stuck in a room with me after I’ve had one (two, three, four or more) cocktails too many. Best of all though, there is a small core group of us from that place and time, now scattered across the globe, who still hang out with each other. Internetally, of course. I can’t say the same for any but one of my old NC crew, but that’s none the matter, as it’s through the friends I met – only as a result of my ever going to Okinawa in the first place – that my tribe is still here for me.

I’ve never been to Nepal or Australia, but now that I know that foreign places are only so if you allow them to be, I wouldn’t mind checking them out either. Who knows, I might even discover that Australia is actually just a cooler, mellower, easier-going version of Canada. I mean any place capable of giving us “Adventures of Priscilla, Queen of the Desert” has got to have something going for it, right?

This entry was posted in Guest posts, Travel. Bookmark the permalink.

6 responses to “Guest blog : Okinawa & Me, A Four Year Love Affair. Well, For Me, At Any Rate”