There aren’t that many movies that I eagerly wait to watch these days because I have been disappointed by many movies in the past. I believe that when you have expectations about these movies, it feels bad when they don’t meet your expectations. So I made a rule not to expect too much from the movies beforehand and now I just watch movies that have good reviews but Hunger Game was a different story. 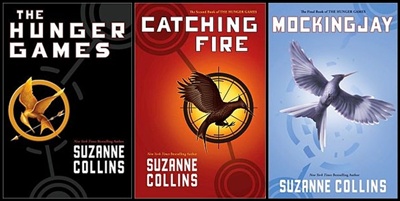 So on Tuesday night, we went and watched the movie. I was really excited and I was not disappointed with it at all.

The movie started with an introduction on what “Hunger Games” is. It is a concept like ‘Big Brother’, ‘Survivor’ or similar reality show where your every move is watched and they have to survive until one man/woman is standing. Unfortunately unlike these shows, it is not voluntary.  The contestants are chosen from different Districts of the country and then they are sent to a jungle where they have to fight each other to survive and win. It is a televised tournament for the whole country to watch.

The graphics were done brilliantly and the story line is perfect. I liked the way producers of the game try to control the game by sending some beasts from the control room to make the game more exciting which is very similar to the reality show on our TVs everyday. At least the movie didn’t try to hide the fact that money, power and influence makes a big difference in who wins the game.

I love the movement, colour, passion, grit and, most importantly of all, the substance of this movie.  I loved everyone who started in the movie from  Jennifer Lawrence, Josh Hutcherson, Liam Hemsworth, Woody Harrelson, Willow Shields, Paula Malcomson, Elizabeth Banks, Donald Sutherland, Wes Bentley, Stanley Tucci, Isabelle Fuhrman, Alexander Ludwig, Lenny Kravitz, and Toby Jones. I am sure Jennifer Lawrence going to be a big name by the time this trilogy is completed.

Even though the movie was 142 minutes long, I never felt bored or felt that it dragged at any point. In fact, I wanted the movie to keep going as I was really getting into it and didn’t want to come back to our reality.

Anyway this is my experience about the movie. Some of my friends didn’t like the movie but for me this was one of the best movies I have ever watched. Now I am eagerly waiting for ‘Catching Fire’ to hit the cinemas. I am sure it is going to be one hell of a movie as well.