We went to Warner Bros. Movie World again the next day after the Carnivale. It had a different vibe in the morning than the night before. The theme park had attractions and rides that catered to all age groups, there is something to do for everyone. 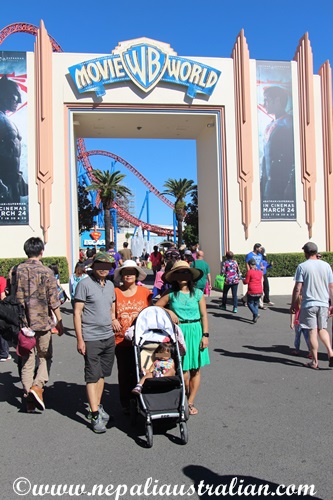 I had tried some extreme rides here before like Superman Escape which goes from 0-100km/h in less than two seconds, Arkham Asylum which has speeds of up to 85km, batwing Spaceshot, a rapid 4.5G vertical launch up a 60 meter tower, followed by a drop into a breathtaking negative descent – beyond freefall (you feel like there is no seat under you) the last time I was here but I had never been on the Green Lantern Coaster. 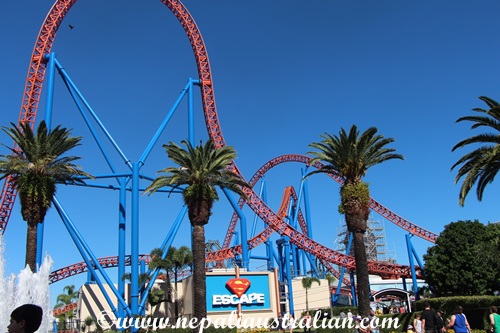 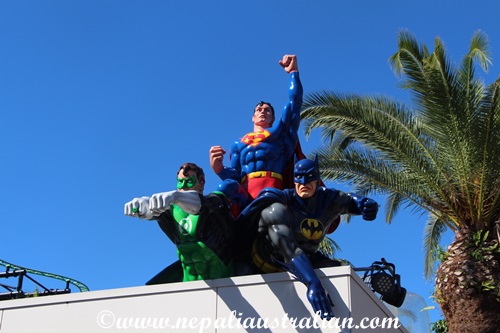 This time we didn’t bother with extreme rides but stuck to rides at WB Kids Zone which is great to go on with kids.

We took Chhori to Looney Tunes Carousel, Sylvester & Tweety Cages with my MIL while AS and MIL went and enjoyed Road Runner Coaster.

By that time it was time for the street parade so we went back to Main Street to enjoy the All Star Parade featuring Movie World characters including Batman, Scooby Doo & Shaggy, Bugs Bunny & friends as well as DC Superheroes and Villains. 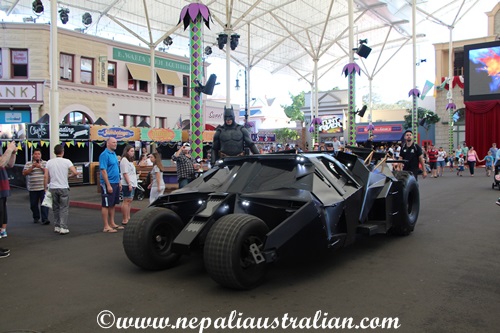 We also enjoyed the action-packed Hollywood Stunt Driver show which was particularly great if you love cars and stunts. It was fun with the story line and the big bang at the end. 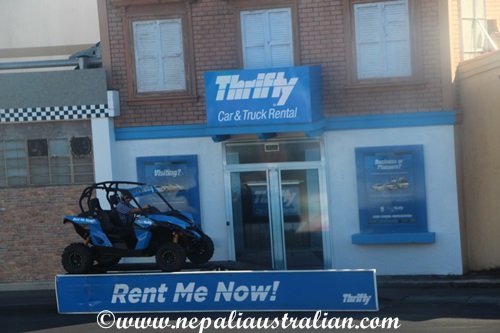 Overall great day for all of us.