On my last visit to KL, one of the highlights was Batu Caves so it was on the top of the go to places for us. I was sure my parents and AS would like the place as well.

The Batu Caves is said to be 400 million years old but was only founded to be a site for Hindu worship in 1890 by K. Thamboosamy Pillai (the same founder of Sri Mahamariamman Temple in Kuala Lumpur).

We booked a car using the Grab app and it was an easy ride, around 30 minutes from our hotel to the caves. The car dropped us right outside the temple. After a few minutes’ walk we could see this huge statue of Lord Murugan, god of war right outside the entrance to the steps. The statue is 140 feet tall and we looked so small in front of it. 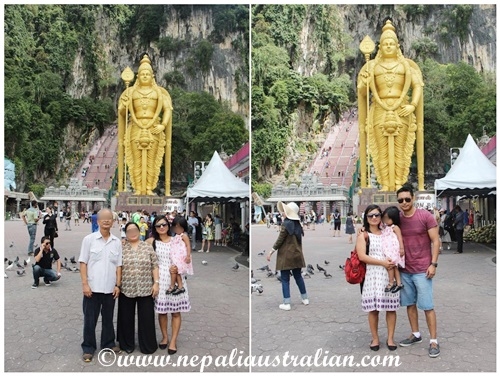 The caves are about 100 meters above the ground and the Caves temple complex consists of three main caves and a few smaller ones. The biggest, referred to as Cathedral Cave or Temple Cave which has a very high ceiling and features ornate Hindu shrines. To reach it, visitors we have to climb a steep flight of 272 steps.

The caves and the steps area are full of monkeys, small and big. I was OK with the steps but was very scared of the monkeys as they start to fight with each other anytime. It spooked Chhori sometimes but she still enjoyed watching the monkeys up close. There were so many and they weren’t afraid of people at all, some just ran so close to us.

While climbing the steps, we were resting after every 50 steps or so because it was hot and humid. But it was all worth it when we reached the top and when we stepped inside as it was cool with water dripping from the limestones. 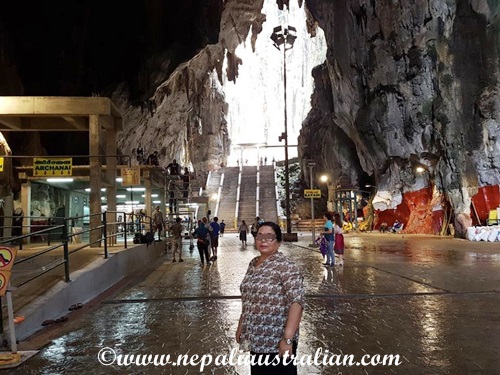 There were shrines along with a couple of temples and the main temple of Lord Murugan was further inside where we had to climb more steps, may be 20+.

In the main temple, a priest was doing aarati when we got there and we went inside and lit an oil lamp. 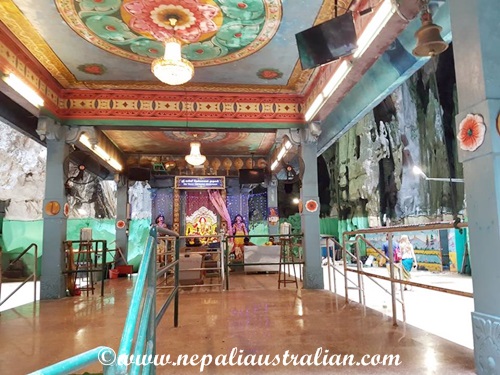 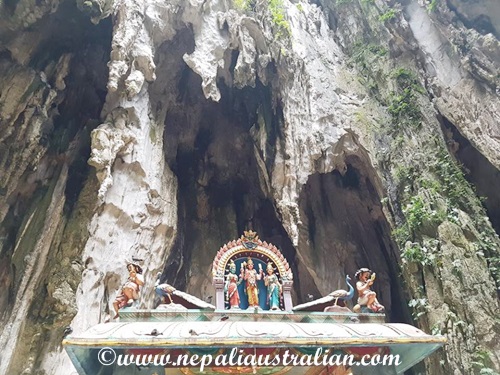 We didn’t go to any other caves but heard they were very good to explore as well. 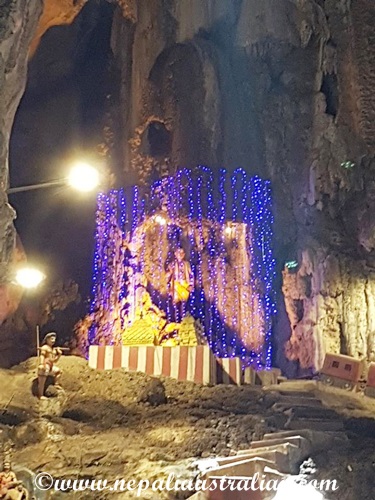 Climbing down was better but the day was very humid so we were still sweating. Once we reached down, we saw a vendor selling fresh coconut and we all went for it. Chhori really liked it as it was the first time she got to drink fresh coconut water. 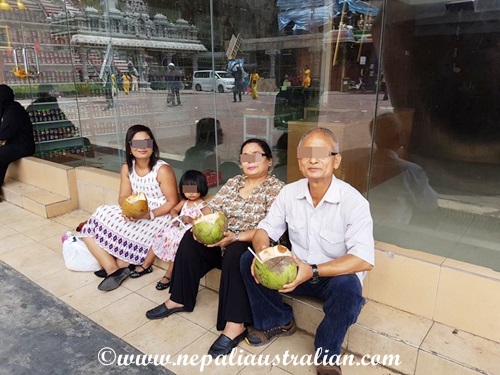 We rested for a while and then we caught a car to go to our next destination.

I will write more about Malaysia in the next post, till then take care everyone. I am so glad I am blogging more often now  🙂