I am big fan on Malaysian cooking so I decided to try their famous Devil’s curry. I used Chicken and potatoes and lots of chillies. If you are not into chilli, this is definitely not the recipe for you but if you love spicy food, you can give it a go.

The amount of chilli in this recipe can be adjusted according to your taste. The following recipe is for hot curry. 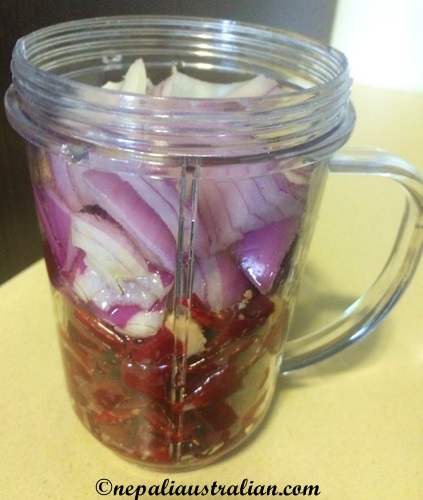 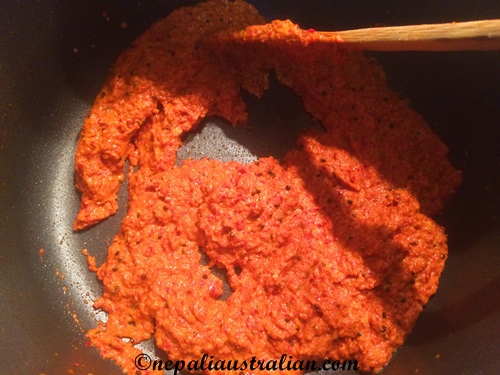 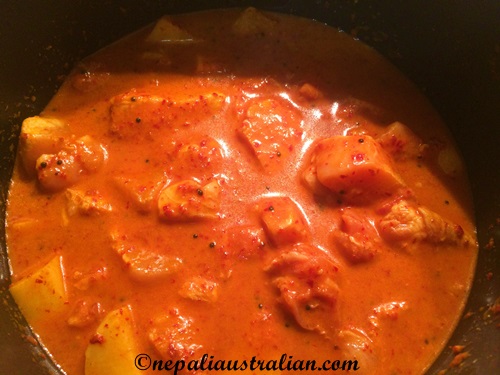 Have a great day.

P.S: Do not forget to vote your favorite blog . NEPALIAUSTRALIAN’s Blog Award 2015

Sometimes AS definitely surprises me with his cooking and last night, I got a big surprise when he cooked me a really yummy fish curry. Sorry don’t have lots of photos as I was not planning to post the recipe but after tasting it, I decided it must be shared.

I had mine with salad (still trying to eat healthy) and it would be even yummy with rice or roti. 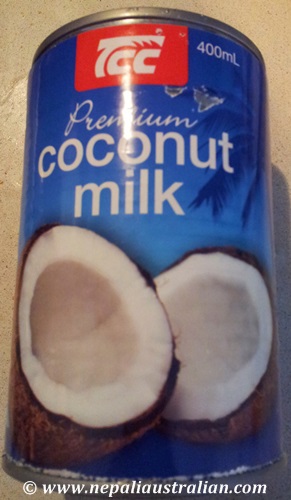 I know the title is very confusing but I will try to explain it.

Last night, AS and I were out and so we decided to eat out. We were discussing what to eat when we saw this South Indian restaurant. I like Indian food so it looked like a good choice to both of us.

We went inside and were given a six sitter table as they didn’t have any empty table for two. I didn’t know much about South Indian dishes expect Dosa so I asked AS as he had spent 5 years in South India.

While we are waiting for our food, one of the waiters came and asked if they could sit some other customers on our table too. Don’t get me wrong, I am all up for socialising but not when I am out with my husband trying to enjoy dinner together, I really didn’t want a total stranger on the same table sitting next to us listening to our conversation. So we said Sorry but we wouldn’t be comfortable to have others on the same table. I know it seems rude but they still had tables available in the restaurant but it seemed they didn’t want to use another six sitter table for just three people.

I was actually shocked to see that they even asked about it but AS told, me that it is common in dhabas in India but not in a proper restaurant.

I have eaten North Indian meals before so I was thinking this would be similar but I was so wrong. Firstly, the food was so spicy that I knew I couldn’t eat it all and to top it off, the chicken gravy, fish gravy and goat gravy were just that, gravy, no meat. When I was reading the menu, I had thought it meant chicken with gravy but, no it actually meant just gravy.  I am sure I am not the only one who would be confused by the menu. It seemed quite funny to both me and AS. I was just glad that we had ordered a separate chicken dish which was good but quite spicy.

During the meal, one of the waiters came and tried to put some more dishes on the table. We told him that we hadn’t ordered any more food and he left. He was going around the restaurant and had no clue which table the food he was carrying was for. The tables had numbers but I guess because they put more than one customer in one table, the waiters were getting confused.

Seriously, they are running a nice looking restaurant in Sydney but it was a bit chaotic. AS was telling me that he felt like he was in India with loud South Indian music from the TV, the Bollywood music from speakers and waiters running around in every direction.  But even if their idea was to create an authentic South Indian restaurant environment, they should have given a customer like me a choice to go for a medium spicy meal so that I could at least eat my food. Or maybe I am asking too much from them. I guess I will stick with my favourite dosa when I visit a South Indian restaurant. Anyway I ended up eating only around 1/3 of my meal as it was too spicy. I do eat spicy food but this was super spicy.

The other thing I observed while having dinner was the waiters. I saw one waiter dressed so inappropriately. Sorry I do not want to make fun of him but he is in a customer service business and he was wearing a Wallaby hat (bright yellow), multi coloured jacket and a sunnies while he served and the other waiter was wearing a black shirt with sequence embroidery as if he was going to a club. I seriously think they need a dress code so that the customer can identify the wait staff. I am not really judging people but the business definitely could have used some rules in place.

Please let me know what are some good South Indian dishes (not too spicy though), if you know any. I am always up for trying new food  🙂

Have a great weekend everyone

It has been a few days that my hubby wanted to eat typical daal bhaat, aachar and masu. Normally we don’t eat rice at home so yesterday I decided to make him the Nepali meal. So I cooked this simple chicken recipe. 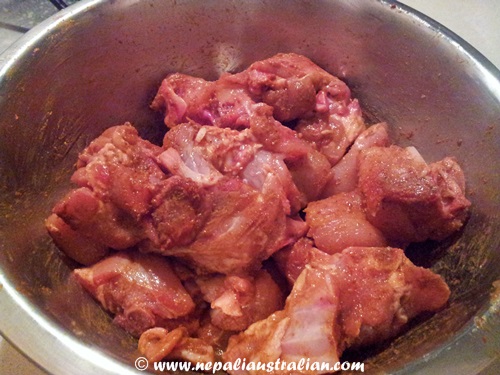 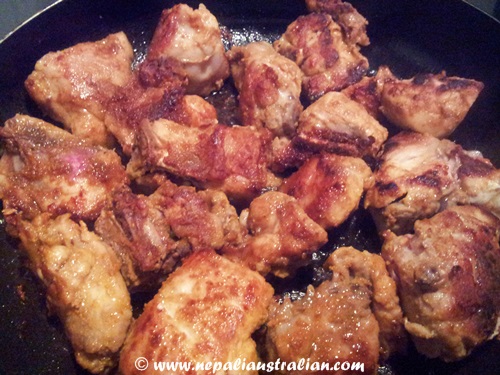 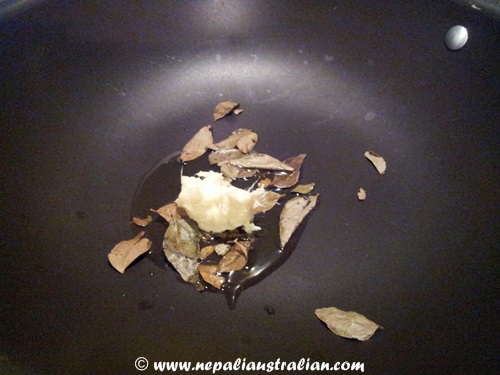 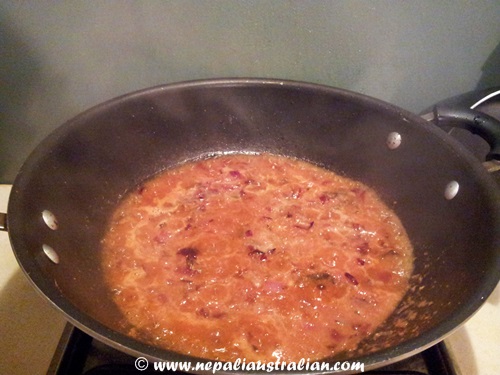 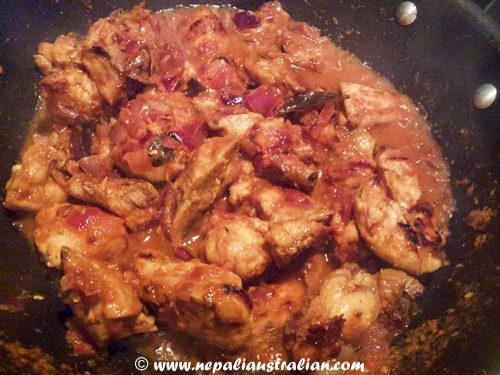