Please read the Part I and Part II of my experience if you haven’t already. This is a continuation of that experience.

Trafalgar Square is a public space and tourist attraction in central London. It is guarded by four lion statues at its base. There are a number of statues and sculptures in the square, with one plinth displaying changing pieces of contemporary art. The square is also used for political demonstrations and community gatherings, such as the celebration of New Year’s Eve. 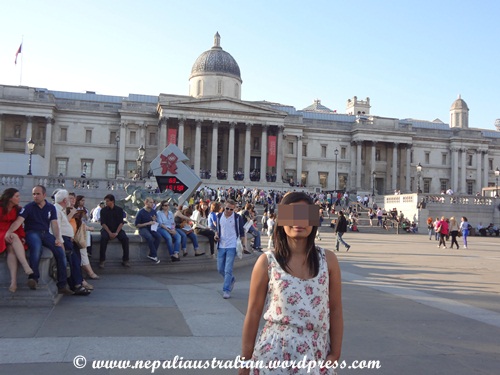 Trafalgar Square is in the centre of London. Here you can walk along the famous Strand and go past The Savoy Hotel, or go the opposite direction and the Ancient Saint Martin-in The Field Church. Beneath it, is located a nice Coffee bar/ cafeteria/art shop set among original Tomb stones. The statues and fountains in it are beautiful. 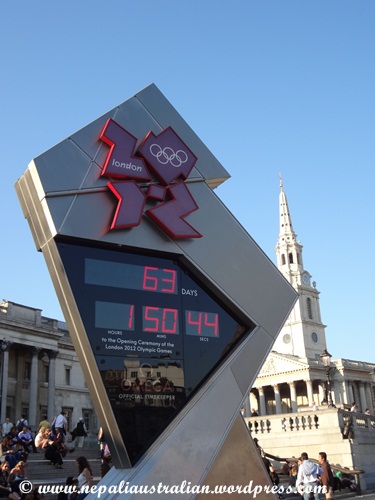 There are lots of people sitting everywhere. Despite the number of people, it never felt crowded or overwhelming in any way, rather I found the square to have an oddly calming effect.

When you were there, the Olympic countdown clock was in display .

Covent Garden is a popular shopping and tourist site, and the Royal Opera House. It’s beautiful, vibrant, and there are a lot of talents—opera, rock and roll singers, magicians, street performers, etc. very fun. There are so many things to see and do, eat and taste. We ate Paella and it was so yummy. 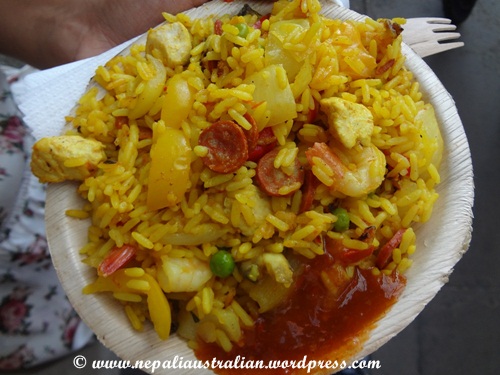 The little market at one end of Covent Garden is full of souvenir and little gifts. The shops themselves are more up market and you can find some more interesting stuff.

While we were in London, we were there every day. I think we spent so much time on Westminster Bridge that I have hundreds of photos with backdrop of Big Ben, Parliament house and London eye. 🙂 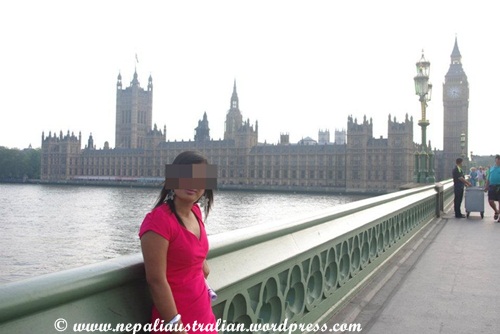 The House of Parliament looks so stunning. We got so many photos in front of it as well. The building is beautiful, inside and out with a very rich history to add character to the whole experience.

Big Ben is the nickname for the great bell of the clock at the north end of the Palace of Westminster in London, and is generally extended to refer to the clock and the clock tower as well. The clock tower holds the largest four-faced chiming clock in the world and is the third-tallest free-standing clock tower.

I was really looking forward to seeing the Abbey since I really liked it when I saw in during Prince William and Kate Middleton’s wedding. 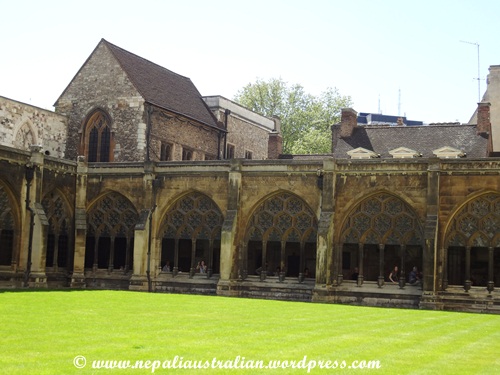 As we had a London Pass, we had free entry to the Abbey but normally you need to pay to get in. The architecture is impressive on both exterior and interior. It is a beautiful building. 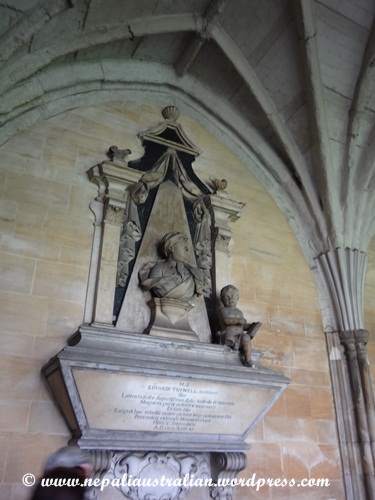 The Abby was founded in AD 960 as a Benedictine monastery and is now part of the Church of England. Each visitor is given a map and audio device at the Information Desk in the north transept. Each room is numbered to correspond with the device so visitors can meander at their own pace.

It has the tombs of so many famous royals like Mary and Elizabeth’s tomb, Mary of Scot’s Tomb, Longshank’s Tomb as well as famous poets and writers like T.S. Eliot, William Wordsworth, D.H. Lawrence. Before I went there I had no idea that it was the final resting place for so many people; I had thought it was like a church where people go to pray.

One cannot help but step on memorials as they’re laid out on the floor. Apparently Winston Churchill refused to be buried there saying “I’ve had people walk all over me in life, why have it done in death”. 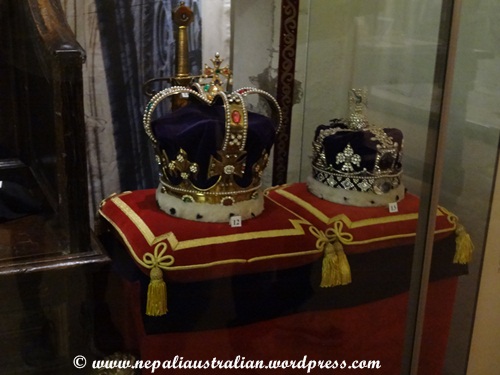 We also viewed the coronation chair which is the oldest piece of furniture in Britain still in use for its original purpose. There is a little coffee bar next to the Cloisters where we enjoyed coffee and cake.

Buckingham Palace is the official London residence and principal workplace of the British monarch. 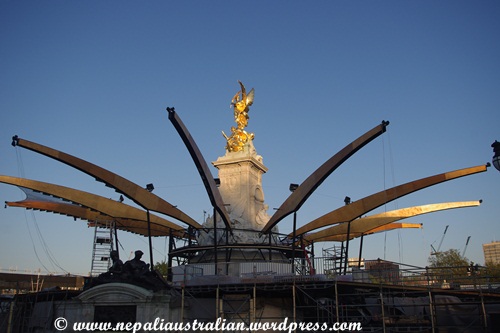 As we were there just before the Golden Jubilee celebration, there were lots of construction going on but I still really liked the palace. We didn’t get the opportunity to go in but the Palace is spectacular, opulent, historical and a pleasure to see.

As part of the London Pass., we could hop on and off as many times as we wanted in one day in the Thames River Cruise boats.

We took a cruise from Westminster pier to the Tower Bridge pier. It was a nice sunny day so we had lots of fun. Along the way we saw many popular sites like 30 St Mary’s Axe (informally known as The Gerkin) and Shakespeare’s Globe theatre. The guide was funny and full of useful information.  The boat was full so it was not possible to move around but we were in the front of the boat so we managed to take lots of photos. 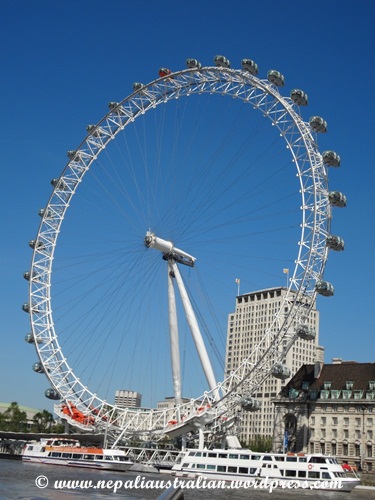 I really liked London and England overall and hope to go back to see more of England one day. Scotland is hot in my list for the next trip there. 🙂