On our first Easter long weekend, we booked a trip to New Zealand. As I had already been to South Island, we decided it was time to see the North. I had heard so many nice things about NZ that it was hard for us to decide what we wanted to do while we were there.

I have a colleague who is from NZ so with her help we finalised the following destination for our trip.

When we boarded the flight for NZ, both AS and I were really excited as it had been a while since we went overseas. The flight from Sydney to Auckland was short and smooth . As soon as we landed in Auckland airport, we took a cab and went straight to the car hire company that was outside the airport. When we arrived, the place was not busy so within few minutes, we filled the forms and we were ready to begin our road trip. 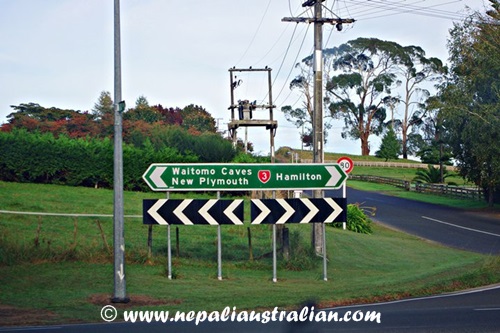 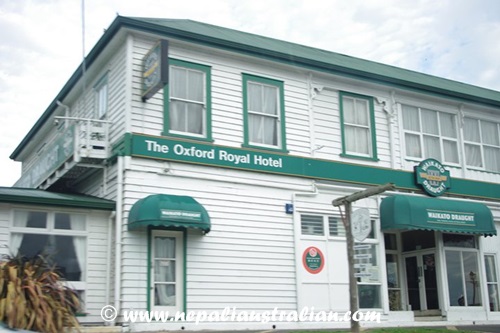 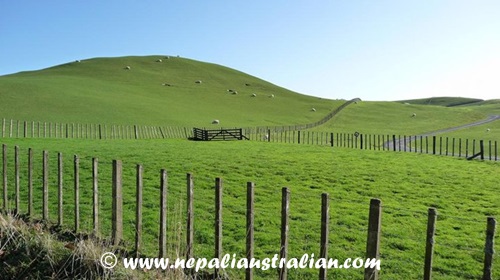 We had booked our first night in Waitoma but had planned to see a few places before we reached the hotel that evening. It was so beautiful as it was autumn season in NZ and the drive was pleasant and scenic. Everywhere we saw green mountains, orange maple trees and from time to time we crossed a small town with unique features. Finally, after almost three hours’ drive we reached our first stop, Hobbiton at Matamata, Waikato. 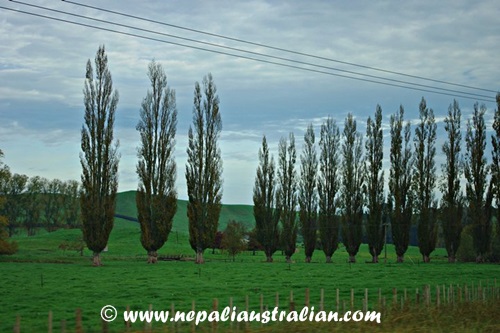 For those of you who are not aware, Hobbiton is on the most picturesque private farmland where some scenes of The Lord of the Rings and The Hobbit  movies were shot. As my husband is a big fan of these movies we decided to do the two-hour guided tour.

The tour is described as heaven for the movie fans. The set has been completely rebuilt for The Hobbit and will remain as it was seen in these films and The Lord of the Rings film trilogy. During the tour we got to see Hobbit Holes, The Green Dragon Inn, The Mill, the double arched bridge and other structures and gardens built for the films. Definitely AS was super excited for the tour.

He was ready to experience the real Middle-Earth in picturesque 1,250 acre sheep farm with spectacular views across to the Kaimai Ranges. The tour cost us $65 per person and when we reached there, we saw that there were around 10-12 other people waiting to start the tour. 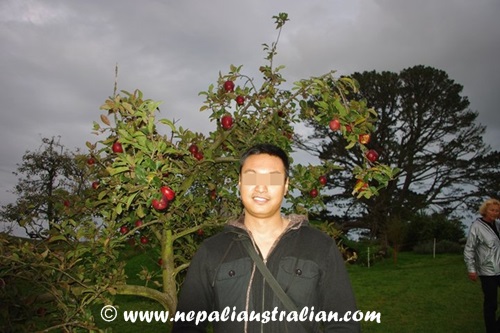 A guide took us to the farmland. We had to sign a non-disclosure release to go on-site. Not sure why it was necessary since you see the same sets in the Lord of Ring movies with a few changes. AS was very happy as he had watched ‘The Lord of the Rings’ recently (again) and he could recall many scenes from the farm. 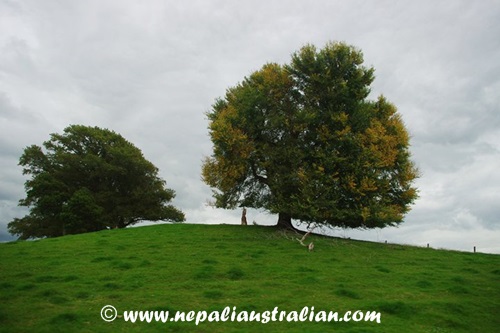 We were lucky to be there on a sunny, cloudless day and the site was simply stunning with “Hobbit holes” built into the hillside locations. It was great to get a sense of the size, and the background stories about how they made the actors look smaller in comparison to the various set pieces were interesting.

It was a thoroughly enjoyable few hours, we were lucky enough to see the beginnings of the rebuilding for the new ‘The Hobbit’ movie. You can see the party tree, the road around “The Shire” where Gandalf drives the cart and meets Frodo. You can walk into the Bag End Hobbit hole and have your picture taken looking out, and step on the actual steps leading up to the door, that were used in the film.

When we finished the tour, it was past 5pm so we jumped back into the car and drove to Waitoma where a warm bed was waiting for us. 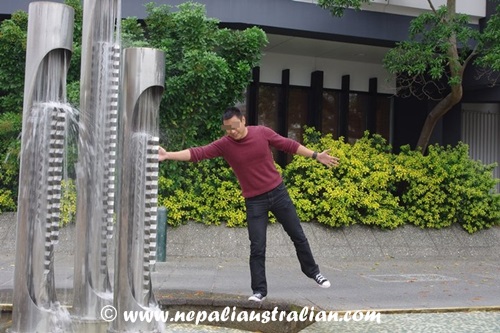