We have visited many aquariums and Chhori seems to like them a lot. So we were excited to go and visit this famous aquarium on Santosa Island.

As we walked inside the aquarium, we saw the shipwreck habitat from the waters of Java Sea. It is so interesting to see how marine life eco system works. While shipwrecks are said to destroy coral reefs, it can also be home to a wide array of marine species. 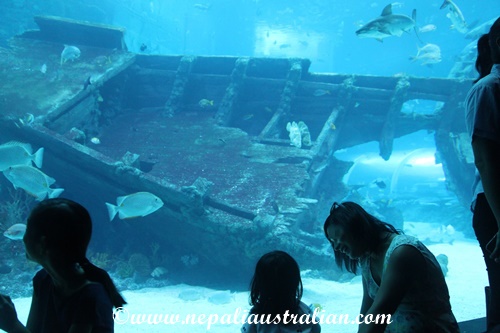 From there we went to Shark Seas where we could see the endangered predators, including the Scalloped Hammerhead Shark, Silvertip Shark and Sandbar Shark. It was a bit crowed in that area so we took a few photos and moved to the next section which was the Coral Garden. 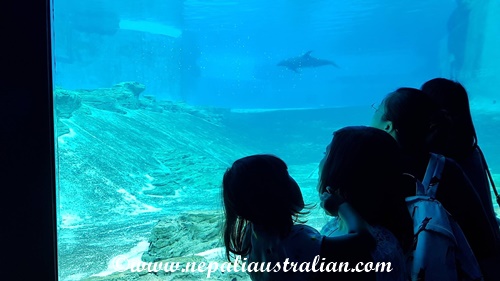 Coral Garden is known as “rainforests of the sea” with coral reefs form some of the most diverse underwater ecosystem on Earth where it is home to a large variety of marine life. 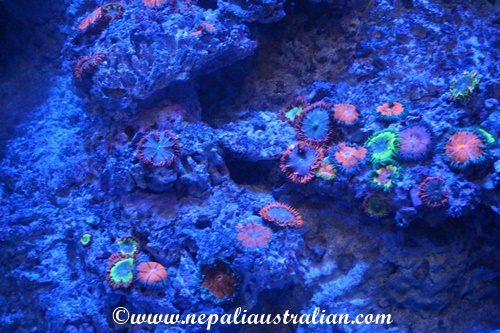 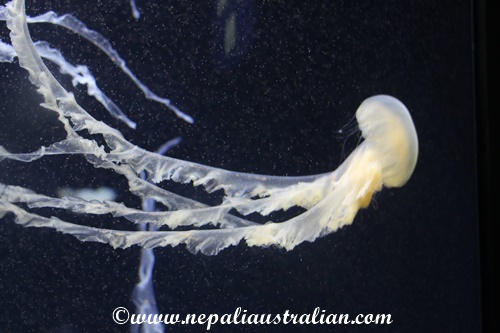 The Jellyfish looked so amazing with their translucent, saucer-shaped bell.

The main area of the S.E.A Aquarium is the world’s biggest Open Ocean tank offering a panoramic view of the ocean which is home to many gentle giants of the sea including Leopard Sharks, Groupers and others over 50,000 marine creatures. 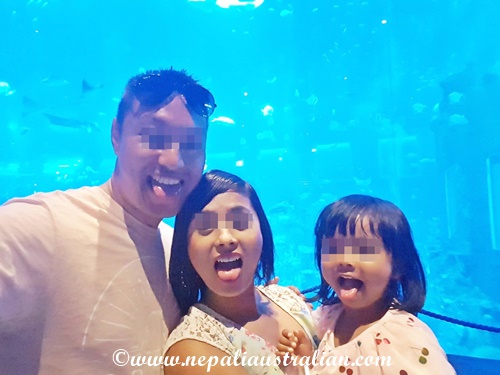 We rested in the area and waited for the feeding session. Chhori decided to have her nap so we had plenty of time to relax after walking for so long. 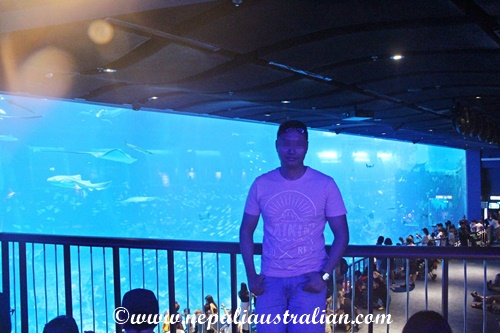 Chhori woke up in time for the feeding.

As it was around Christmas so we were visited by Scuba Santa and the Underwater Cheeky Elves delivering special Fishman’s treats to the marine animals. 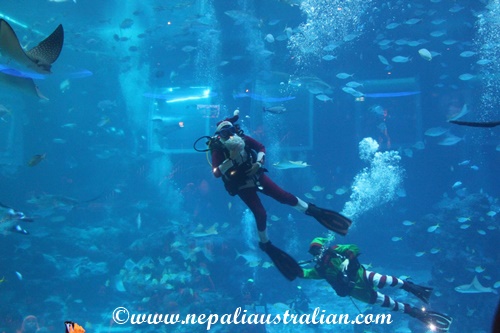 Chhori was so excited to see the Santa inside the tank. We took heaps of photos in front of the tank and moved to the next area of the aquarium but this was definitely the highlight of the day for us.

At one point we walked past a floor of glass filled with predators like sharks under us and Chhori loved it so much she decided to lie down on the glass to watch the sharks under her. It was really funny.

I also liked the popular discovery touch pool where you get to touch Starfish and other marine specimens. I was excited about it but Chhori decided that it was not her thing. 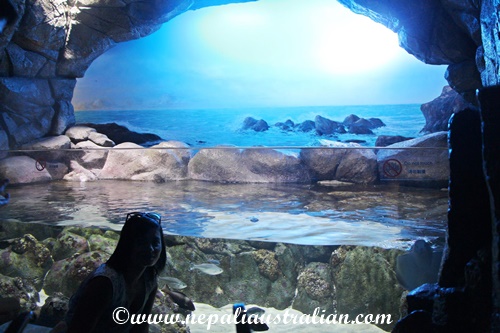 She did love the Starfish that was on display in the zone and all the colourful fish in the tank.

Every time we saw a clownfish, she got super excited and cried out, “Nemo, Nemo.”

As we were near the exit, we passed through another huge tunnel where there were more sharks swimming above our head.

Overall we had a great time at the aquarium and Chhori was so happy to see so many “fishy”. I would definitely recommend a visit to the aquarium in Santosa Island; especially if you have kids with you.

P.S: Do not forget to  check out winners of  NEPALIAUSTRALIAN’s Blog Award 2017