At the end of our stay in London we joined our tour company in London and from there we started our European adventures. From London they took us to Dover where we boarded a P&O Cruise to Calais, France.

A cruise holiday has also been in my list for a long time as there are so many cruise holidays that I can do around the pacific region at a not-too-expensive price. Being on this short cruise gave me a rough idea of what it would be like. The cruise was around 2 hours.

Once we were given a pass for the Cruise in our tour bus, we were told that it would depart in an hour so we waited in the café and had something to eat. 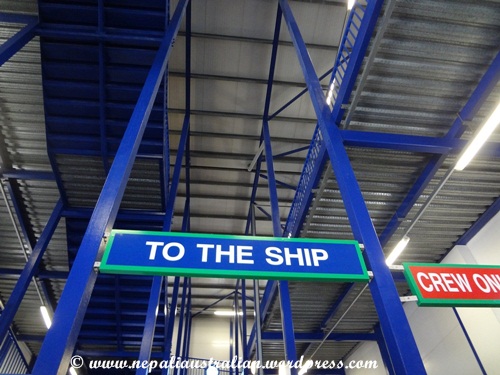 We went out and had a look around for some time. It was a beautiful sunny day with a clear blue sky. Once we boarded the ship, we passed through a casino, a bar and a shop to be escorted into the big open lounge area where there were lots of chairs and tables as well as sofas to rest. 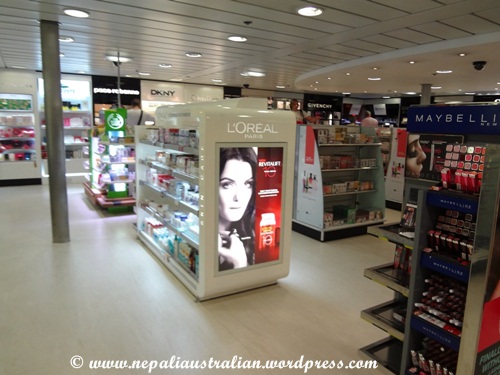 We took a seat by the window and enjoyed the outside view. Once the boat move toward France, we wandered around the ship. We found out that there was a big food court upstairs and we had some food. AS got his beer and we enjoyed the food with a  view of the ocean. It was so relaxing to look at the empty ocean.

After that, we walked around to check out the bar, casino and shopping. It was nice going through different levels and discovering different things in the ship. From there we went to the top deck and the view was great from there. We could see Dover far behind us and in front of us as long as we could see, it was all water. Also a few other P & O cruises were passing us. Even though it was a nice sunny day, it was really windy on the top deck so after a while we decide to go down to the lower deck and enjoy the view from behind the glass window.

I really enjoyed the trip and when we reached Calais, I was so excited to step on the soil of France. Finally my dream of going to (mainland) Europe had come true. There, we were escorted to our tour bus and we were off to our hotel.