I guess the way we spend time during a holiday has changed completely. I used to write about adventures and running around when we holidayed as a couple but as a family it was a more relaxed pace like spending a day at going to a zoo :).

We have been looking forward to this family getaway for a long time and we were all excited.

Hamilton Zoo is an average sized zoo, not very big to require days exploring but big enough (25 hectare) to spend with small kids walking, around and enjoying. The best part is that the animals are not caged like in most zoos so visiting Hamilton zoo feels like you are walking in a National park and animals are living in their nature habitat. All the animals are still at a safe distance in massive enclosures so they could roam freely. 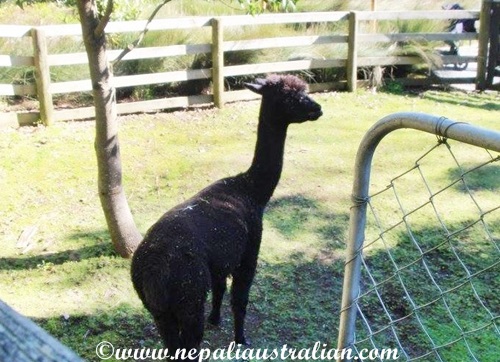 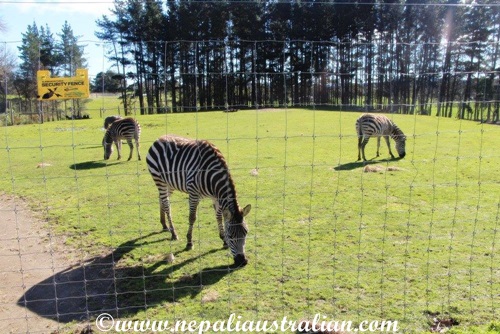 We started our tour with the Rhino first as the lady in the counter told us there is a baby rhino on display who will be removed later. 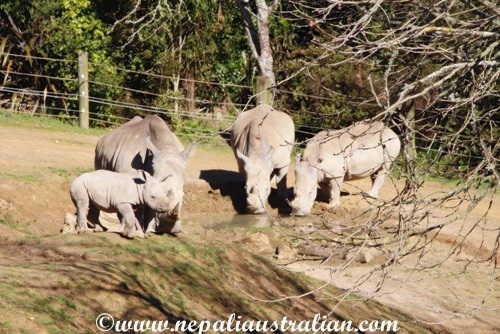 I guess everything when they are baby are very cute, even the rhino. We enjoyed the two adult rhinos playing with each other while the baby rhino followed her mum around. We spent lots of time there and Chhori was excited to see a rhino after watching all the animal related rhymes.

It was really nice to see many animals so close as well. I have never seen a red panda or a giraffe so near me. When we visited Dubbo zoo, we had a pretty good encounter with giraffes but this was even better as we are on the same level and I could see how tall they really are. They are just spectacular and we spend lots of time admiring them.

The Sumatran tiger exhibit was also impressive so were the chimpanzee and cheetah.

There were many chimpanzees on display and there were some babies too. It was really cool to see them lay a picnic rug before they sat down. So many of their actions reminded me of human beings 🙂 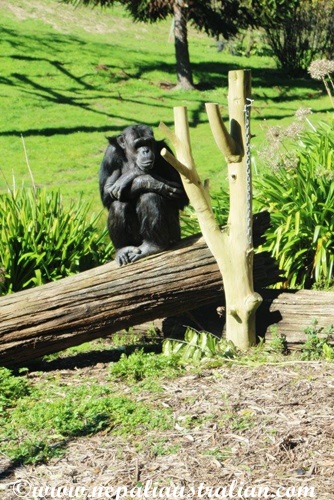 We also saw lots of other creatures, including native New Zealand birds and reptiles. 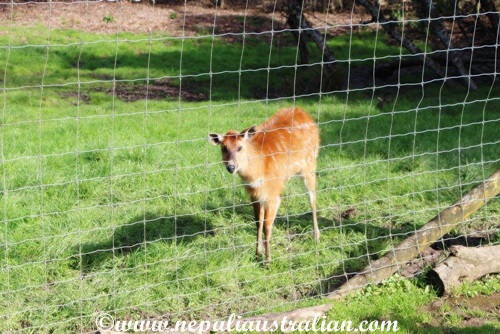 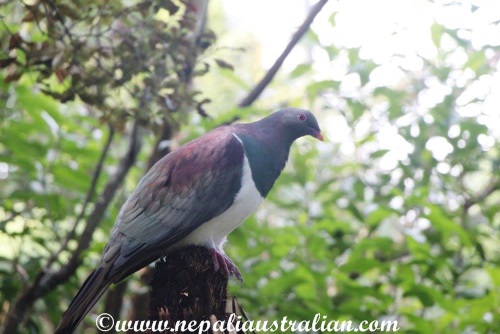 The other thing I discovered that day is how patient and great teacher AS is to our daughter. The whole day, he was pointing at animals and birds and explaining to Chhori what they are and talking to her to keep her interested.

Also I saw how much my parents loved Chhori as they kept on playing with her making sure she was OK. It is so great to have them around.

It took us around 3 hours to walk around the whole zoo. Chhori napped for an hour or so during the visit so she was full of energy when she was awake, running around everywhere and enjoying the day. 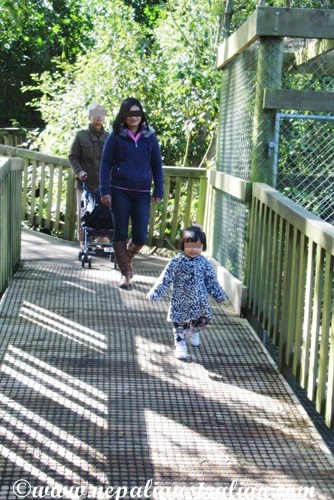 We all were hungry at the end of it so we went to the café onsite for lunch. They even have peacocks walking around the café area. We ordered burger and chips and Chhori had nuggets.

There is a playground inside the zoo as well so Chhori and I managed to have fun for a while on the swing before we left the zoo. 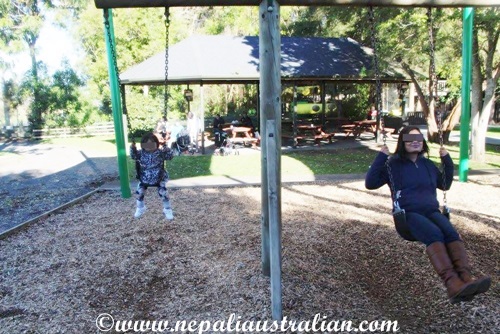 I have to admit we all had great fun. A perfect way to spend a day in Hamilton.

Next stop Hamilton Garden, see you soon with that post.