We just finished our second biggest festival of the year, Tihar on Saturday.

Please click here to know more about the festival.

Sharing some photos of the day as it was so cute to see Chhori independently doing her Bhai Tika to my nephew.

Here are the posts I have written regarding Tihar over the years.

Tihar, the second biggest festival for Hindus after Dashain, was from 28th Oct to 1st Nov this year. Please click here to know more about the festival.

This year was Chhori’s first Tihar celebration so I wanted to make sure she had a great memory of the celebration.

Tihar is celebrated for five days and here are some photos from our celebration this year.

As my parents are here this year, it was great to have a whole family celebrating Mha puja.

Chhori does Bhai tika to my nephew. It was so cute to see these little ones performing the ritual.

Hope everyone celebrating had great Tihar too.

Today we start the second biggest festival, after Dashain, for Hindu from Nepal.

This festival is celebrated in five days starting from the thirteenth day of the waning moon in October.

The five days are called

Hope all of you are enjoying with lots of yummy food like Selroti, Lal mohan, Besan ko ladoo and other sweets.

With gleam of Diyos
And the Echo of the Chants
May Happiness and Contentment Fill Your life
Wishing you and your family
Happy and Prosperous Tihar!!

Like every year, we celebrated Tihar this year as well. For the details of the festival, please click here. I am sharing some of the photos from the festival.

This year, I have one more person to put tika on and that is my little nephew. It was so much fun and amazingly he even managed to sit still on his father’s lap in front of the mandap for the whole puja.

Hope all of you had great time celebrating the festival. 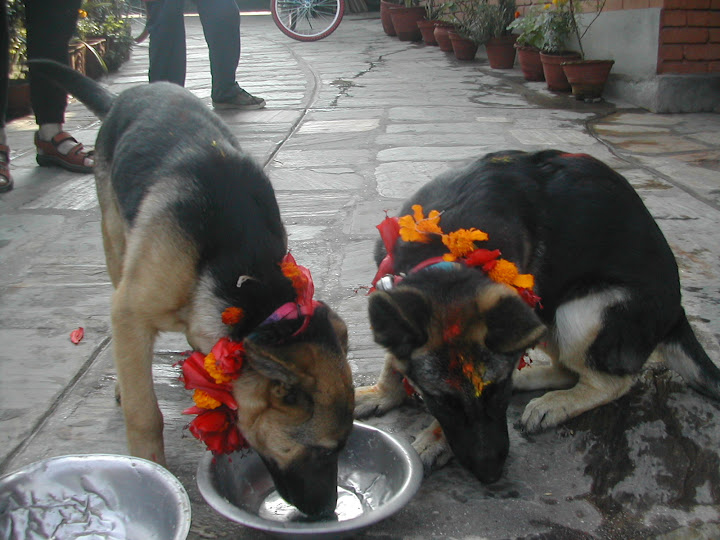