Our trip to New Zealand : Glenorchy

The day we went to Glenorchy was one of our our absolute favourites and truly made us want to stay longer and explore the spectacular south island even further. It felt like another world altogether. Low-lying clouds obscured the peaks of the mountains that rose dramatically from the edge of an impossibly blue lake, pretty wildflowers grew alongside winding roads and there was a photo opportunity at every turn. It really is just the most breathtakingly beautiful place. 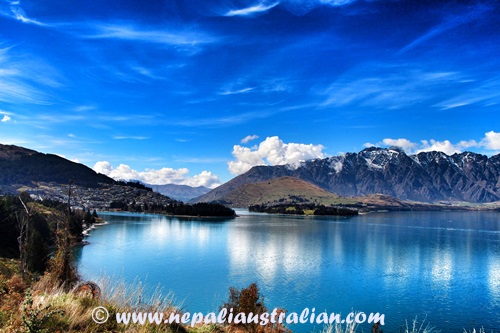 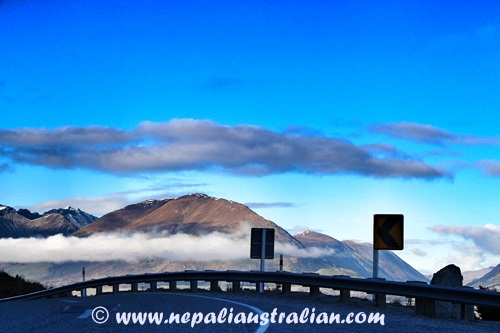 The Lord of the Rings trilogy was filmed in the land from Glenorchy north and it was easy to see why. AS being a big fan of the movie, we decided to do a guided tour instead of us driving on our own. We had previously been to Hobbiton on North Island and he loved it. 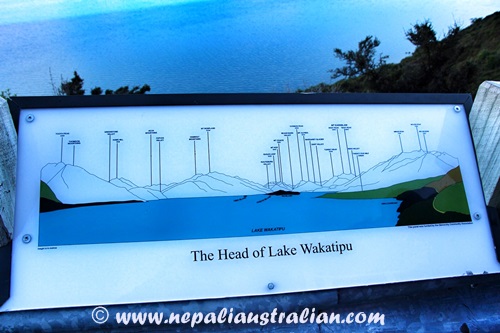 Glenorchy is a small town set against a background of lush beech forest and rugged mountain ranges 45 km from Queenstown. It is nestled between the Richardson and Humboltd Mountain Ranges and overlooked by the mighty snow-capped Mount Earnslaw in the North. From Glenorchy you can travel on to the Rees Valley, Paradise and the Dart Valley, Kinloch township, Routeburn Valley and Greenstone/Caples Valleys which boarder both Mount Aspiring and Fiordland National Parks. 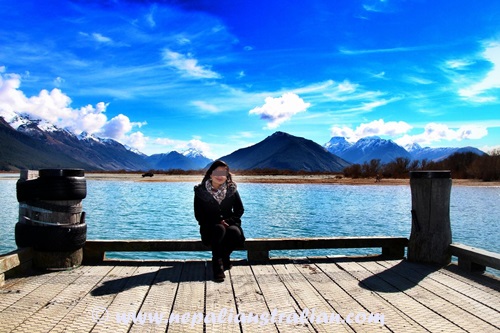 We were picked up in a 4WD vehicle and we went off-roading around the Glenorchy area as our guide pointed out various filming locations for the Lord of the Rings and The Hobbit (and the Wolverine film and also Narnia). We left Queenstown early in the morning and drove up along the lake to Glenorchy.

The road from Queenstown to Glenorchy is considered to be one of the most scenic drives in New Zealand and I absolutely agreed. With majestic mountains and the beautiful waters of Lake Wakatipu, it is no wonder we fell in love with the place every day. We were lucky to have a sunny day with clear blue sky. Wherever you look, you get magnificent mountain views.

Our guide had good insight and knowledge about the area and the films.

We stopped at a few lookouts along the way to take it all in. We stopped at Wilson Lake on the way – a filming location for the Lord of the Rings where they filmed the Ithilien camp scenes. The tour guide had an iPad so when we stopped at a location, he would play a few minutes of the clips from the movie shot at the location we were parked at and it was a great idea. For someone like me who does not remember a lot from the movie, good vision to compare with and for someone like AS, it was a treat.

From there, we went to a place called Paradise and I have to agree that it was. The Glenorchy to Paradise road travels through at patches of red beech forest. These beautiful areas were used as filming locations for Lothlorien in the Lord of the Rings. 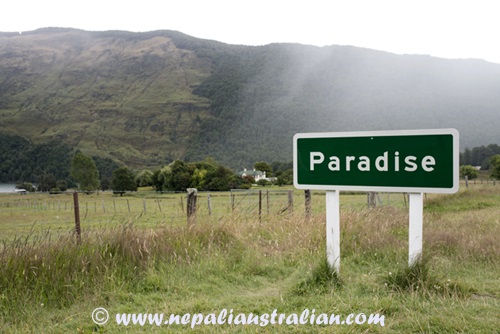 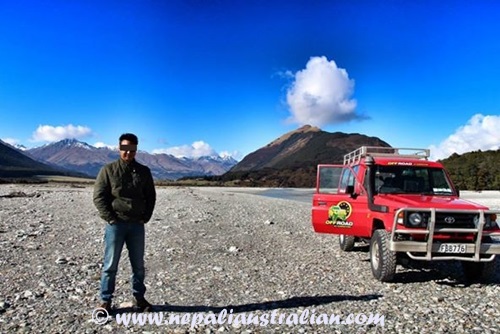 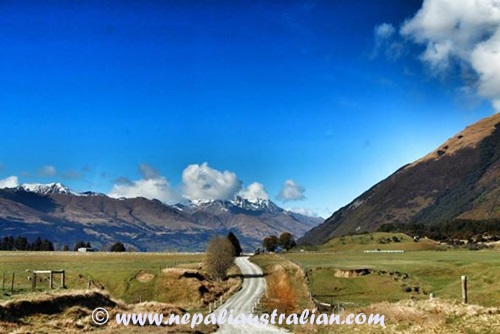 We stopped at the forest where they filmed Boromir’s death (very scary for me) and scenes of Lothlorien. We also saw the trees that inspired Peter Jackson to film scenes here, and looked across to the snowy mountains where they filmed the Misty Mountains scenes.

Then, we travelled past the location for Hobbiton for the Hobbit film, and also entered a forest they used to film a scene in the new film. Visiting the landscape used for the opening to the Two Towers was also spectacular – as we looked out over the land where Gandalf rides Shadowfax. 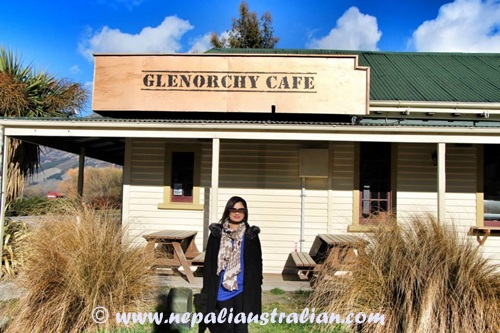 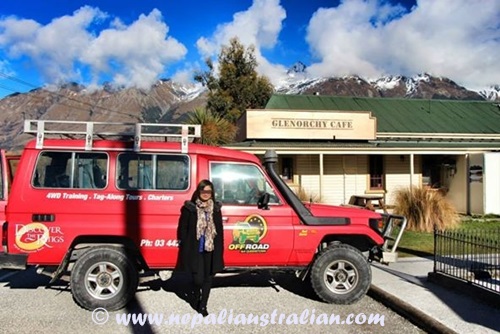 From there, we stopped at Glenorchy Lagoon Walkway and it was a beautiful remote area and we hardly saw anyone else. From time to time, we saw a jet boat but apart from that it was absolutely quite with beautiful snow-capped mountains, nice green hills and us, just spectacular. 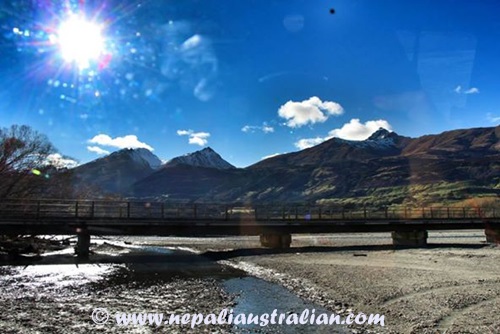 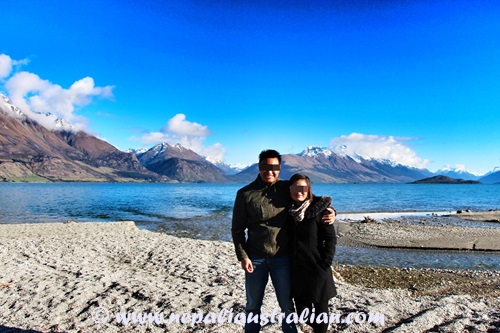 After enjoying the great place, we came back into Glenorchy and it was a little busier with a few people wandering around. We spent time down at the lake and exploring the Glenorchy shed. It was demolished back in 1999 when there was a big flood and the Lord of the Rings crew helped rebuild this after this happened. 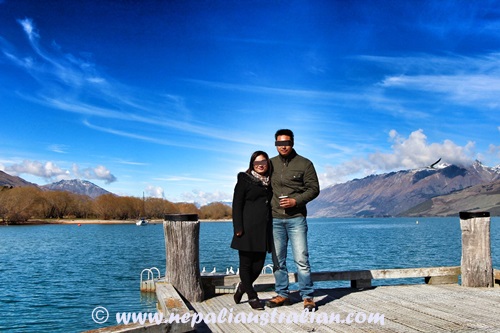 Our guide prepared tea and coffee while we explore and we had tea with sandwich and biscuits with the great view in the background. 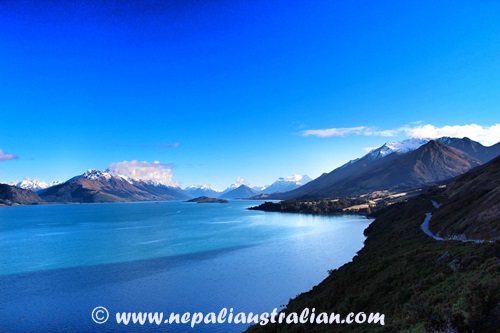 We really didn’t want to leave the area but we had no choice but go back to Queensland as it was almost the end of our tour.

I highly recommend anyone going to Queenstown, especially those into the Lord of the Rings movies and books to visit Glenorchy as it will bring lots of things from the movie into reality. Even if you are not a fan, you will absolutely love the spectacular view and breathtaking scenery.

Interesting facts about Lord of the Rings

I will be writing more about our New Zealand trip so come back for more. Till then take care.

M from nepaliaustralian XOXO P.S: Do not forget to nominate  your favorite blog . Nominations open for NEPALIAUSTRALIAN’s Blog Award 2014