Tag Archives: I love my husband

He knows how to make me smile 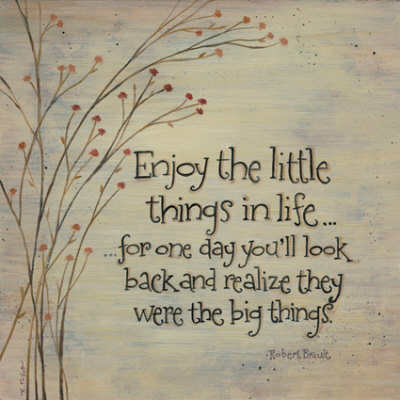 I believe that the perfect guy is not one who has the most money or is the most handsome guy you’ll meet. He is the one who knows how to make you smile and will take care of you each and every day until the end of time and that is my hubby for me. AS always manages to do small things that always makes my day. There are so many incidents that his one word or one action had made me smile.

I have told you before that AS is a very introverted person and sometimes it is hard to make him talk. But with me he is always comfortable and his cheekiness comes out which I love so much 🙂

Normally I make sure we eat healthy and sometimes tell him off when he eats too much junk. One thing we try to do is not to eat dessert or sweets late at night. And as I have told you before, AS loves anything with chocolate.

The other day I baked chocolate cupcakes and it was on the kitchen table.

After dinner, we were watching TV when suddenly he stared a conversation

AS: Babe don’t you think those cakes are going off?

Me: No, I just baked them yesterday. They will be fine.

AS: Look they are going off baby so let me finish it now so we don’t have to throw them away.

I couldn’t do anything but laugh when I looked at his face. Yes, he ended up eating them as I couldn’t say no.

Posted in He said, Relationship

I didn’t get married because I am weak

A while back when I was talking to one of my friends, she told me that people get married because they are weak. She said women who are weak and need someone to look after them get married and if you are not weak, there is no need for you to get married.

I have known this friend for over a decade and I have never seen her in a relationship and I realised why that day. But I disagree with her because I am not a weak woman. I didn’t get married because I need help; I am quite capable of looking after myself. I was living life my way for a long time. I got married because I fell in love with this amazing person, the one who understands me and loves me for who I am. 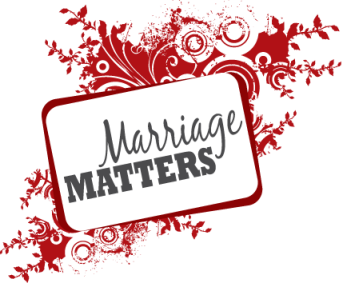 I am not an expert on love or marriage and I am not going to say he is my soul mate blah blah blah but I love him from my heart and that is all that matters to me right now. When we decided to get married, it seemed like the right thing to do as we were living in two different continents before that. But even if he had already been in Australia and we had to decide on marriage, I would not have decided against it.

I really believe that I and my husband are a perfect couple. We are like any other couple who have disagreement, who loves, who discuss, who argues but at the end makes up. We are like opposite poles as individuals but together are just perfect. We respect each other and enjoy each other’s company. He is not just my husband but my best friend first.

I would never be this happy if I was thinking like my friends and never gave relationships a chance to prove that it is worth our effort.

And my husband proved to me that believing in him and our relation was the right thing again when he took me for a dinner and movie date for my birthday.

First, he bought me this awesome sapphire necklace that goes perfectly with my sapphire ring he bought last year. I think he is getting better at spoiling me as the years go by :). I am so happy that he does lots of thing to make me happy. 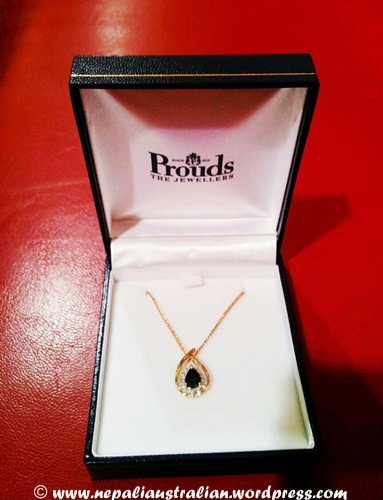 Then we had a lovely dinner. We went to the Vietnamese restaurant near our place . We started with Special Entree Plater which had Spring rolls, Fresh spring rolls, Pork patties skewer, Chicken skewer and fish cake. Forgot to take the photos as we were too hungry :).

It was followed by main. I had Cari Ga – Chicken Curry with rice and my hubby tried Pho noodle soup with chicken. The food was nice and filling. By that time both of us were so stuffed that we decided not to order dessert. 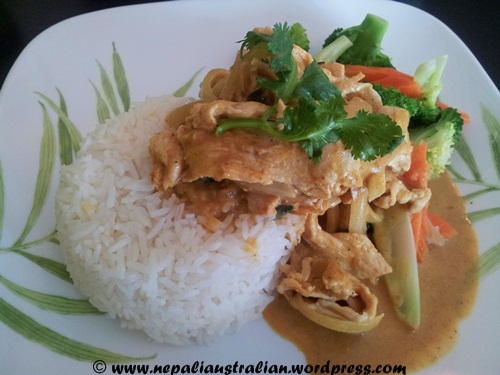 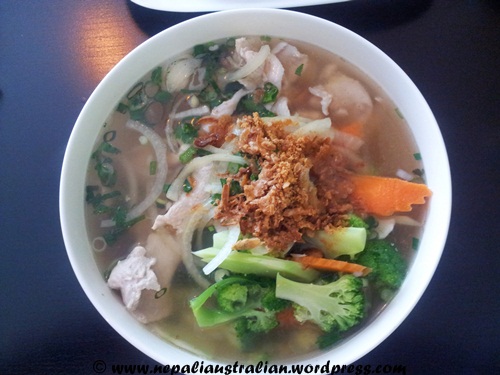 It was followed by a movie that I had been meaning to watch for a while, Taken 2.

Taken 2 was an ok movie only. Definitely it was nothing like the first one where you had no expectations and it made a surprise $225 million worldwide. The first one was really great as it had some griping elements.

In Taken 2, Liam Neeson looked good despite his age and the movie was good but I think we always expect so much from the sequel that it is easy to get disappointed. I was not bored during the movie but most of it was predictable. I was a bit disappointed as I had high hopes for this movie.

Going back to my original topic, I’ll admit it. I am very romantic at heart and I like the flowers, the chocolates, the walks on the beach, the sweeping off your feet gestures but that doesn’t make me weak. I am a strong woman who knows what she wants and is lucky enough to have a partner who respects me and understands me enough to have a relationship that makes both of us happy. Where I am weak, he has strengths and the opposite is true of my strengths where he is not. We balance each other nicely. I don’t wish to dominate my partner, nor do I want to be dominated.

What is your opinion? Do you agree with my friend or me?