Like everything else about my life, AS got a shock when he first moved to Australia and saw that I have a full drawer full of sun glasses. I always thought it is normal to own a few pairs as fashion changes and you do want to buy new ones now and then. Unlike other things they don’t go old or small was my explanation to why I own so many pairs. I do agree I wear some more often than others but why should I throw away a good pair of sunnies unless it is broken.

Sunglasses are an essential tool in safeguarding the health of your eyes and the surrounding tissues and at the same time, they are a great fashion statement. I always thought it is normal to travel with a few pairs of sunnies as they are much more than a fashion accessory. As I need different shoes and bags to match different dresses, I need different pairs of sunnies to go with my different outfits. That brings me to my questions,

How many pairs of sunnies do you have?

Do you have ones for certain seasons?

Do you see them as a part of your style or as mostly functional?

Do you change them according to your outfit?

I think I have between 15- 20 pairs but someday I feel that none of them go with my outfit. Looking at my sunnies now, I can see that I have preference for oversized sunniness and aviators.

Normally I leave one in the car all the time. Some of them I share with AS as they are unisex. The oversized ones are my favourite in summer.

The next one I want is the Prada Minimal Baroque Sunglasses. Don’t they just look so awesome and chic (hint hint my dear husband). I will rock it :). Mimco tortoiseshell cat-eye sunglasses are awesome as well.

Buying fake designer bags can get you arrested in Italy

When we were in Italy, we saw lots of illegal immigrants selling fake designer bags like Louis Vuitton, Gucci, Prada and Chanel in the street. You’ll see the vendors and their makeshift shops spread out on blankets everywhere in Venice. When the police come, they pack up and vanish. After the coast is clear, they set up again and are back in business.I think if you can name a brand, they have it. I had also seen these kinds of fakes in Thailand and Malaysia before.

When we were in Italy our guide warned us not to even talk to these vendors who sell these bags. Everywhere in the world if someone is selling illegal fake designer bags, the vendor is arrested and prosecuted while people who buy get away with a warning, but not in Italy.

In Italy, they fine you for buying these bags because they don’t want to arrest these illegal migrants. Italy has lots of illegal migrants because of the unrest in North Africa lately. The number is so high that the Italian government doesn’t want to arrest these people as it will cost them lots of money to follow proper process to deport them. They have to keep them in jail, feed them and follow a long legal procedure which means lots of money and resources in the process. The Italian government doesn’t want this headache so they have another policy.

They will issue fine for anyone caught buying these product on the spots which can range to thousands of dollars. They are hoping this will discourage tourist from buying goods from these illegal immigrants who in turn will stop income for illegal immigrants and finally they will leave Italy. But I have seen so many people buying the fakes from them. I think if you don’t go on a tour, no one will let you know that you can be fined. I didn’t see one sign during my whole trip mentioning anything about being fined for buying fake bags.

Here is one of that news from shortnews. com

65-year-old Austrian tourist Ursula Corel has been fined $1,450 for purchasing a $10 fake Louis Vuitton bag off a street vendor in Italy. Officers taking part in a crackdown on counterfeit goods observed the transaction through binoculars.

Corel says she knew the bag wasn´t real and purchased it “because it looked very nice”. She says she didn´t know it was illegal. Mayor Francesco Calzavara stood by the crackdown, saying they were trying to reduce demand and vendor numbers.

A local tourism organisation, alarmed by the prospect that the crackdown will drive away tourists, apologised to Corel and offered to pay the fine. The organisation is calling for warning signs and better communication with tourists on the issue.

I don´t think buying the bag was right but I don´t think fining the tourist is good idea either. I think there should be enough warning for tourist so they won’t risk buying them.

Imagine going on a holiday and having to pay $1000 unexpected fine which can easily ruin your holiday.

So if you are ever going to Italy, do keep this in mind.

My letter to Santa

As Christmas is just around the corner I thought I might write my wish list now. Some people may tell me that it is too early to do that, but have you been out lately? All the shopping malls and stores are decorated with Christmas trees and decorations. Christmas carols are on their loud speakers and every advertisements and catalogues have Christmas references. Above all that, North Pole is so far away from here that I thought it would take a while for my letter to reach Santa as FedEx told me they don’t have next day delivery service there and Santa will certainly need a few weeks to find what I want.

I could write I would like Marc Jacobs’s bag, Jimmy Choo’s shoes, Prada sunnies, and Chanel diamond earrings or I could be really beauty queen like and ask for world peace and every human being to be happy. But sorry this year I will be very selfish and ask for what I really want.

Here is my letter to Santa this year,

You know I have been so good this year. I was always good as you know but this year I am sure I get extra brownie points for not being a Bridezilla during my wedding, understanding another human being (my husband), not killing anyone when things didn’t go my way and above all not spending so much money on shopping, buying worthless stuff. 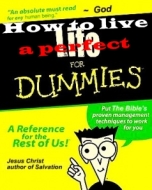 This year all I want is one thing from you and I really hope you can fulfil my wish. So here you go, I want a new book on “How to live a perfect life for Dummies” this Christmas. Wait! I am not done yet. Please make sure the following chapters are included in that book.

I can think of more but I guess the book will be too heavy for you to carry around and there is next Christmas anyway.

I know I know, you don’t know the answer as well but still give it a shot and send me that book please. Isn’t Christmas the time when you try to be nice? So you better be nice to me and send me WHAT I WANT. Otherwise I will tell everyone who will listen that there is no Santa and beware I have 2000 friends in Facebook and 5000 followers in twitter and I blog too!!!.

Thank you so much Santa. Love you.

A nice girl from Downunder o:)