Australia won the World Cup and the weekend update

I know FIFA World Cups is still underway (I am not crazy :P) and I know that Australia lost its first match against Chile but that is not what I am talking about here.

Australia is the world champions once again, defending their Hockey World Cup title with a 6-1 demolition of the Netherlands. 😀 😀 😀

Australian hockey team also known as the Kookaburras played the most dominant performance of the tournament and gave Australians a reason to celebrate :).

Now back to the soccer world cup, I enjoyed heaps of soccer last weekend. It was great to be home and watch the games. Saturday started early for us as there were a few games on but the very important one at 8am was Chile vs Australia.

It was so disappointing to watch 2 goals from Chile in the first 15 minutes. Seriously, every goal was so painful but Australia did still really push them hard. Then the magic happened, Tim Cahill’s goal with a brilliant header gave some hope back to the Aussies.

There were a few opportunities for Australia in the second half like Cahill (twice) and Mathew Leckie, both headed over during the second half, while Mark Bresciano struck a sweet far-post half-volley that was saved by Claudio Bravo.

Australia went down to Chile 3-1 and I am sad because Australia played really well. We will take on the Netherlands next on Thursday morning. I know Netherlands are good after watching their game with Spain but there is still some hope.

After the game on Saturday, I made a big breakfast with bacon, hash browns, beans, mushroom, eggs, bread and tea. It was more like a brunch than a breakfast and it kept us full for a long time.

The plan for the rest of the afternoon was to clean the house but our friends called to check if we were interested to go to eat Newari food for lunch. We couldn’t resist so we went to Bhancha to enjoy lunch with them. We ordered Fokso fry, Nhyapu (brain fry), jhol momo, choila and chatamari. The food was yummy and I had fun with their daughter. 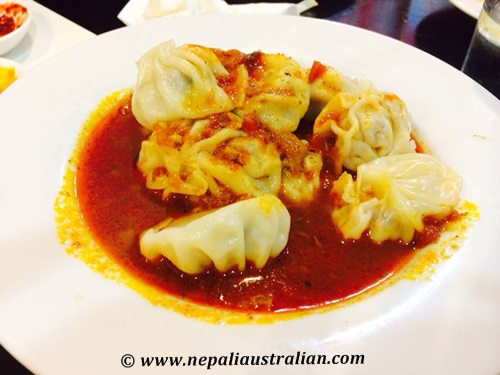 After a very satisfying lunch, we went to the beach again. We wanted to give our failed walk from last weekend another try and this time there was no rain.

It took us over 90 minutes (over 10,000 steps) to do that walk but it was one of the best things we did for the weekend. The sunset was just beautiful and AS and I talked the whole time.

As the lunch was so filling, AS had salad for dinner and I had some fruits and that was the end of Saturday.

Sunday was planned as a lazy Sunday so we had late breakfast and caught up on some TV shows. I have to admit I wasted many hours watching mindless things on YouTube instead of cleaning the house. So it was already 2pm when I went to the kitchen to make lunch for the day and for the following day. I made an easy chicken couscous, which turned out nice.

After that we Skyped with our parents; it is always nice to catch up with them. By the time we were done with both the family, it was almost the end of the weekend.

Of course, we watched more soccer this morning. Go Argentina 🙂

How was your weekend? Hope you had heaps of fun too.