Last long weekend we went to the south coast of Sydney with a few of our friends. We had a great time and so much fun.

Malua Bay is a locality in the South Coast region of the state of New South Wales, Australia which is around 4 hours’ drive from Sydney.

Malua Bay town centre is located astride George Bass Drive, which is approximately 13 kilometres drive from the town of Batemans Bay where we went on holiday a few years ago on the Easter long weekend break.

In Malua Bay, we booked this beautiful 5 bedrooms house and we could view the bay from the balcony.

We left Sydney on Monday morning after the breakfast and our first stop was Kiama.

Kiama is situated 121km south of Sydney and has a population of about 12,000. It was the site of two strong volcanic flows, called the Gerringong Volcanics, which came out of Saddleback Mountain, now a collapsed volcanic vent.

When we arrived at Kiama, it was hard to find parking and very busy as it was a long weekend. We went straight to the “Kiama Blowhole” where the ocean pushes with great force through a fault in the rock and is considered one of Australia’s best known natural phenomena.

We waited to see a few blasts and went up to the light house and took a few photos. By then everyone was hungry so went to a nearby Thai restaurant. The food was good even though we thought the portion could have been better.

From there, our next stop was the beach house. As everyone has similar ideas as our, at times we met holiday traffic but most of the trip was smooth. We reached the house by 6 pm.

By that time, we were all tired so went for a round of tea and some snacks before preparing the dinner.

The kids were having the blast. We had 4 kids in total, two girls including Chhori and two boys who were younger. Chhori loved the company, she gets along well with our friends’ daughter as they are of similar age. She was good with sharing and playing together.

She also loved the little boy (I am not sure if she saw him as toy) and was playing with him. She loved to feed him water from his milk bottle. But she was not very happy when he didn’t take the bottle. It was so nice to see the kids interact.

We had done shopping for grocery from Sydney and had planned well. That night our dinner was everyone’s favourite, momo. As you can probably imagine, get together with Nepali people is not complete without this super yummy dumpling.

As there were so many people, it didn’t take long for the dinner to be ready with everyone helping out and it turned out yum. It was accompanied by tequilas shots, beers and wines. We all sat around until well past midnight talking and having fun.

Next morning, we had breakfast and went to Batesman Bay.

The day was a bit windy but the kids enjoyed the beach and the playground.

We grabbed take away for lunch and went back to the beach house for a relaxed lunch. The fish and chips we bought were really yummy.

For the dinner that night, it was Nepali style fried noodle we call Chowmein and it was delicious. We stayed up until 2 am playing dumb charades, singing and enjoying each other’s company.

On the last day there, we had an early breakfast and headed to Hyams beach.

Hyams Beach is a seaside town on the shores of Jervis Bay, located on the South Coast of New South Wales. It is one of the most beautiful beaches with bluish green water and white sand.

The kids enjoyed the sand play and we loved the amazing view. I really didn’t want to leave the beach but it was time for lunch and the drive back.

On the way back, we grabbed lunch and rested for a while and when we reached home and it was after 8 pm. We were all quite tired so we just went to bed concluding our October long weekend break. 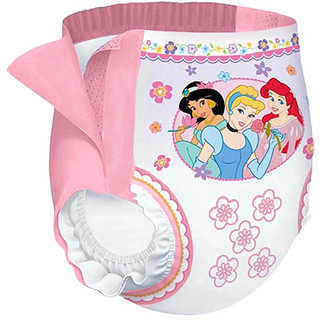 What makes you ready to have baby #2

Last weekend we went for a weekend away with a family who have a small baby boy. Chhori was so gentle and engaged with the baby that we wondered if she is ok to have a little sibling.

I and AS have always thought we will have 2 babies but once Chhori was born we were so busy that we didn’t have time to think about it much.

We did have the conversation a few times this year but we always ended up saying we are not ready. Initially, we thought Chhori is too small but now as she is a bit bigger, we don’t know if we need to think about it again.

At times, we imagine that having another baby will be so hard and busy, maybe we are OK to stop at one. Then I see Chhori with other kids and wish she has a sibling to play with as well.

It’s like a constant battle of yes and no in our heads that I thought I will get the opinion and ideas of people who have already been on this boat.

If you have one baby, why did you stop at one? If given a choice, would you like another one?

Parents of more than one kids, when did you know that you were ready to have no 2.

Seriously, is anyone ready for a baby at all, in general, let alone more than one baby? 🙂

No offense to anyone who have more babies. I just wonder how you mange kids, home, work and life in general.

These days normally Chhori and AS go to grocery shopping while I fix things at home.

One day AS came home a bit horrified from one of these shopping trips.

He told me that they were at the checkout and a lady before them was buying sanitary pads.

Chhori, in a very loud voice, said, “Look papa, it is mama’s nappy” pointing at the pads and of course everyone around them looked at it.

I couldn’t help but laugh because I had taught her that.

One day she asked me “What’s that?” pointing to the sanitary pads. For me it was easier to explain them as mama’s nappy as she is too small to talk about the real stuff.

I guess I need to think before I explain things to my curious daughter as she will say the most embarrassing things at the most inopportune moments.

Do you have any such incident, a bit funny, a bit embarrassing? Please do share so I can make AS feel better  🙂

Last weekend we put Chhori to nap and tuned her baby monitor camera on. Then we went to the lounge room to turn on the monitor so we can check on her. She normally just wakes up, opens the door and comes out but sometimes when she has nightmares, she will wakes up crying.

So this monitor has been really good for us since she was a baby but on Saturday we couldn’t find it at all. We looked at every possible place it could be in with no luck. While searching, we realised that the TV remote was missing as well and we usually place the two together.

Eventually we gave up as we couldn’t think of any other place they could be in.

After her nap, Chhori woke up, opened the door to the room and came out of the room refreshed and happy.

So we had the following conversation.

Me: “Chhori, did you put the monitor and the remote in the bin as we couldn’t find it.”

We had checked in her room but we hadn’t found it.

At this stage, she took my hand and took me to her room. She went through her toys and it was in one of her toy box. Both remote and monitor sitting there in the box together.

I have no idea why she moved them from their usual place but now AS and I have to think of Chhori as a third person in our home and started including her in all the conversation. We can no longer discount her as a baby as she solved our problem  🙂

Did you have similar experience with your child when they were little?