As I mentioned earlier, we went to Dubbo during our Christmas/ New Year break.

Dubbo is located 400 km north-west of Sydney and we decided to go there as a few of our friends recently moved there.

Being new parents, both I and AS were not sure how Chhori would cope with on a trip so we decided not to go too far. Google map indicated that it would take us 5 hours to get there so it was a good distance to cover for Chhori’s first road trip. Both of us were a bit nervous.

The packing was a nightmare as I felt like I needed everything for the baby but finally we were sorted and the car was full of stuff and 3 human beings. 🙂

We planned the trip only few weeks in advance and as the day neared I was a bit nervous. But Chhori was good on the trip. We reached Dubbo after 7 hours instead of 5. We had a lunch break and 2 more breaks for Chhori to feed and change. We entertained her with her favorite rhymes and she slept for a few hours. I and AS took turns driving so it was not too much for both of us.

Dubbo was nicer than I had imagined. We were there for 5 days and each day we had something to do. We went on a picnic to Lake Burrendong, visited Taronga Western Plain zoo, Old Dubbo Gaol , Shoyoen Japanese Garden , Terramungamine Reserve, Rock Grooves and Orana Mall.

Old Dubbo Gaol is remarkably complete and intact gaol operated for 119 years from 1847 to 1966 and is still nestled in the main street of Dubbo. There are many interesting exhibits and a lot of information on the many prisoners who were held here. They provide a tour which provides a good over view of the history of the Gaol and also the local area. 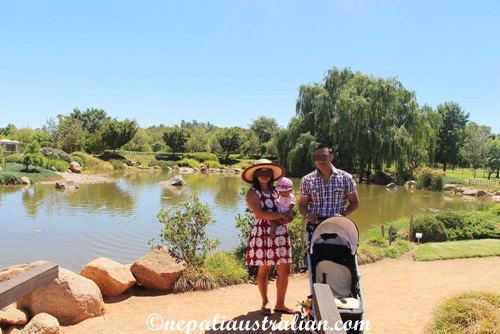 Shoyoen Japanese Garden is a really great place to visit as it is beautifully laid out with its lake, stream, and paths. The water features that are the centre of the garden, from the waterfall over rocks to the large pond which is full of koi that you could feed; we had a really nice time strolling through the garden. 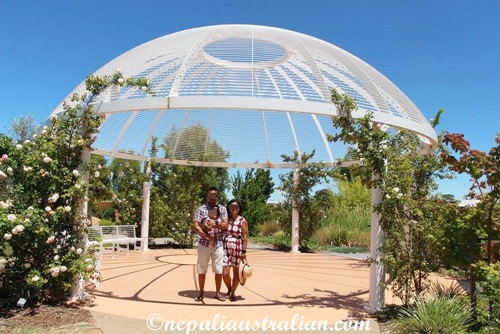 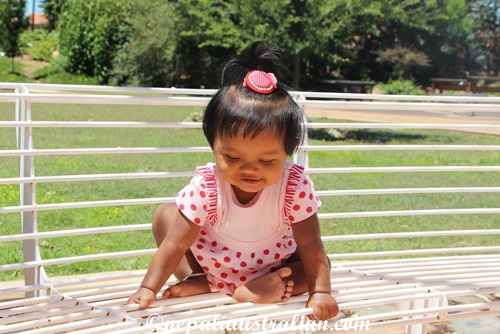 The day we went to Lake Burrendong, we drove for an hour to this beautiful National park. The place was full with holiday makers fishing and boating. We took food from home and had a relaxing time in the park with the view. 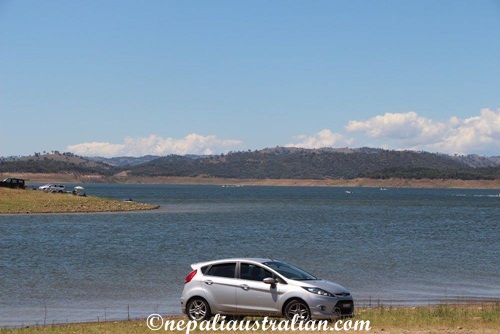 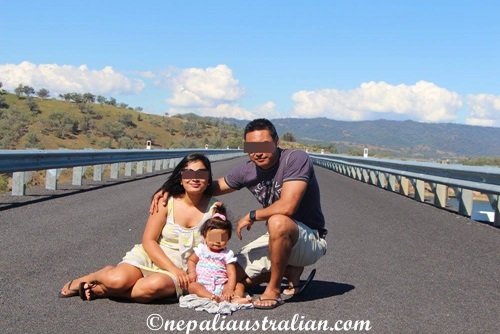 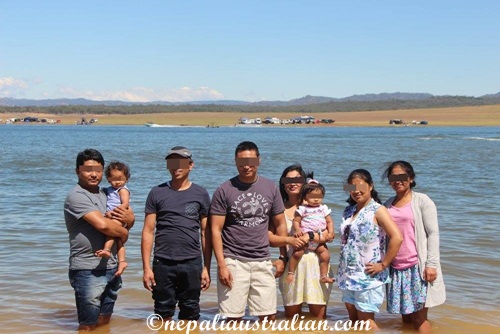 We were in Dubbo during Boxing day so we went to the mall and did a big shopping :). We did get some bargains for sure.

Definitely the highlight of the trip was Taronga Western Plain zoo.

The zoo has a 5km road with paths crisscrossing their way around the enclosures. We drove around and it was an easy drive but you could also hire bikes or golf carts.

Chhori was so excited when she saw the giraffes. I didn’t expect that reaction from her as I thought she was too young to get excited. It was such a wonderful experience to get up close to these beautiful animals. We saw zebras, lions, tigers, elephants, emu, koala, kangaroo, rhino, and giant tortoise to name just few. 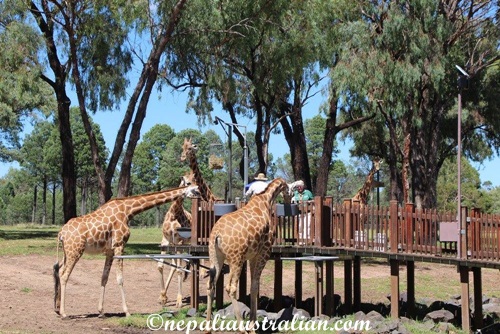 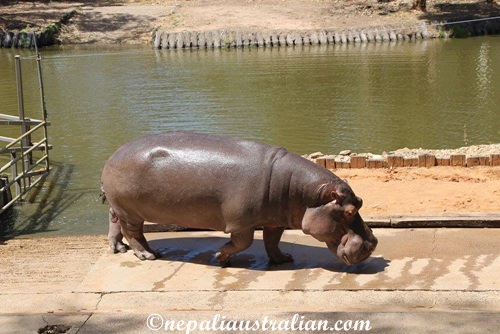 We took picnic lunch from home so we ate in the picnic area right beside the zebras. We bought ice-creams from the café and it was a perfect way to end our lunch. 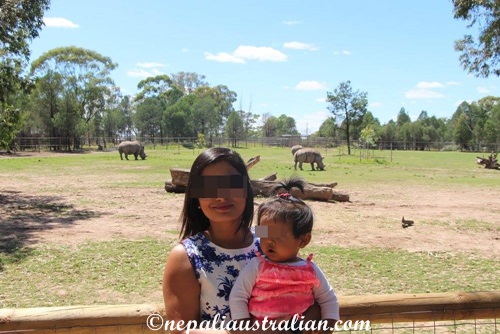 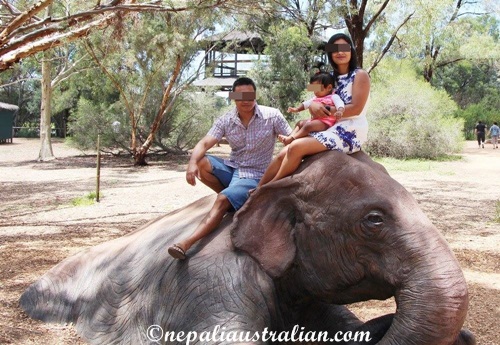 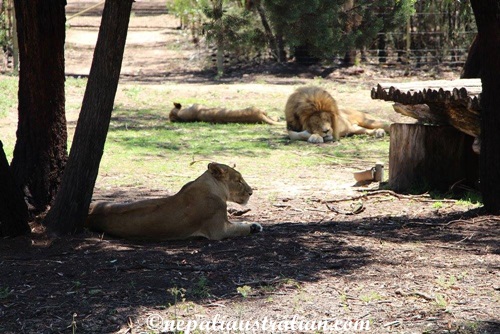 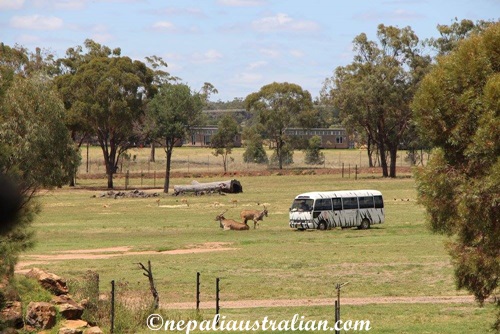 My 8 year old nephew was so excited that he made sure we stopped at every animal enclosure and read about each of them :). Chhori was a bit small to understand everything but was excited for a day out. 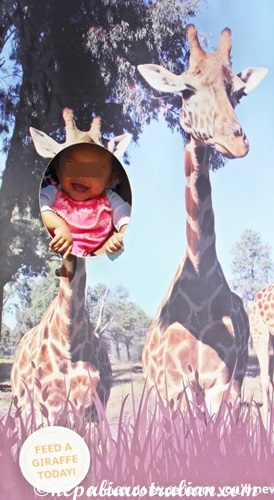 Over all Dubbo weather was perfect and the place was just beautiful. A fantastic family getaway for sure.

On the way back from Dubbo, we drove through and stopped to do cherry, peaches and apricot picking in a place called Orange :). 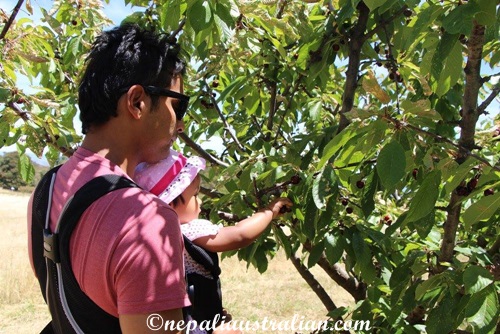 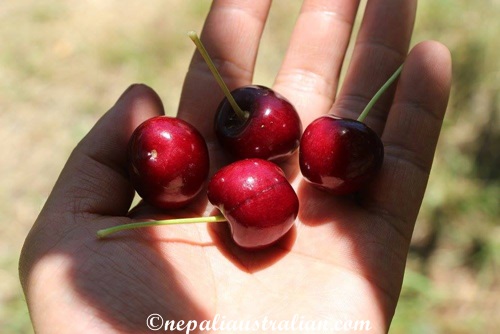 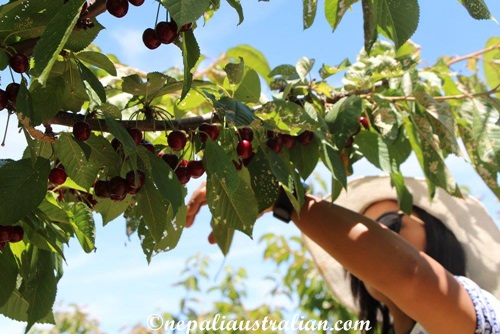 It was really fun and Chhori enjoyed the cherries so much 🙂 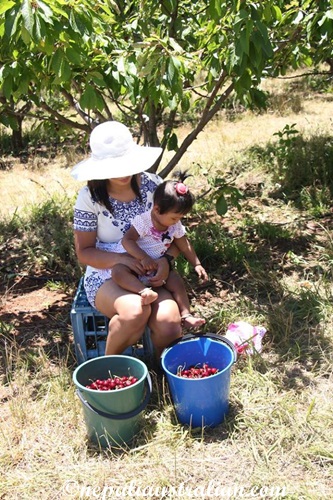 P.S: Do not forget to nominate your favourite blog . NEPALIAUSTRALIAN’s Blog Award 2015